The education major spent her summer touring historical sites, and bringing pieces of them home to share with future students. 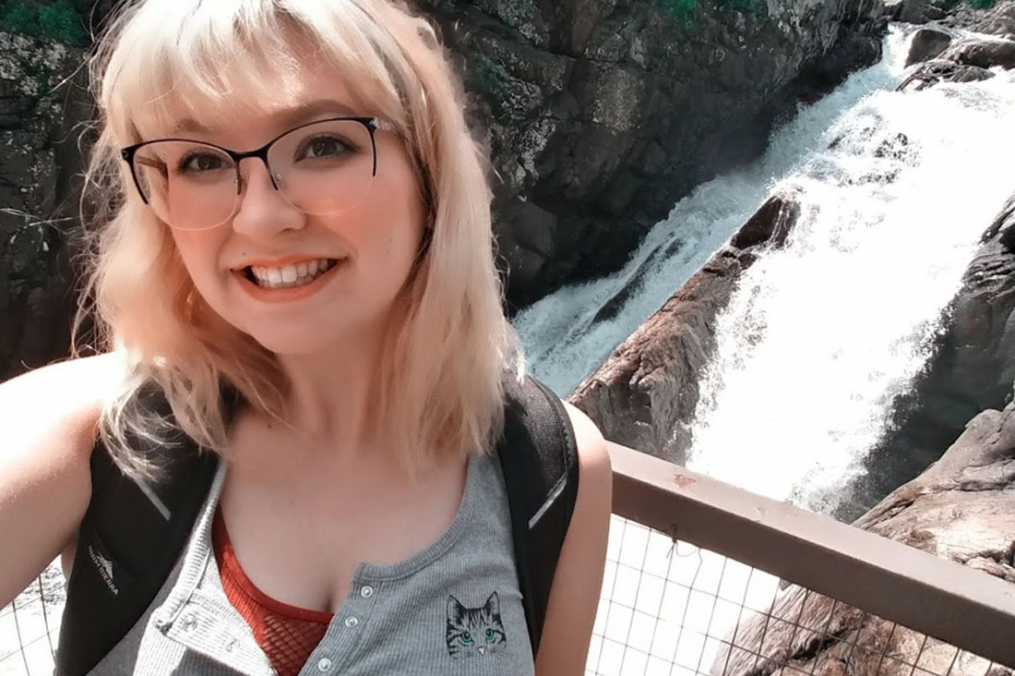 After visiting the site of the 1980 Winter Olympics, Olivia Ennist '20, stopped to take this selfie in front of waterfalls near Lake Placid.

The future history teacher hit the road to take in the life lessons that come with storied historical sites.

“While I was driving around my hometown, I noticed the blue and yellow New York State history signs,” says Olivia, who hails from Liverpool. “In that moment, I realized that New York State was the center of several impactful historical events. As a result, I decided I would travel around New York state and uncover as much of the history as I could.”

Travel she did. The adolescent education major (whose academic resume includes a concentration in social studies and a generalization in special education) hit the road over July and August. Her itinerary, which eventually stretched well beyond New York state, included:

“I found Lake Placid absolutely breathtaking,” says Olivia. “The environment was gorgeous and I took some time to hike the natural waterfalls after exploring the 1980 winter Olympics museum.

Another favorite spot was Gettysburg.

“As expected, the area was rich in history and created an immersive experience,” says Olivia. “On the modern end of the spectrum, I enjoyed traveling to New York City by myself even though I had only been there once before in a group.”

Olivia, whose travels were supported in part by a Judith Oliver Brown Memorial Scholarship, which honors the 1963 Keuka College graduate, says she plans to bring her experiences into her own classrooms.

“As a future educator, I want to inspire my students, and I strongly believe in teaching with impact, based on experiences and immersion,” she says. “My goal was to collect physical evidence in the form of photographs and artifacts that can be incorporated into the classroom with the hopes of inspiring students. For example, I bought replica bullets from Gettysburg, and dioramas of soldiers from Fort William Henry at Lake George.”

From 1585, when the colony of Roanoke was founded, through the Times Square of today, Olivia experienced the scope of history. By spending three to four days in each location, she was able to gain hands-on, first-hand knowledge.

“One of the reasons I chose Keuka College was because of the immersive learning experiences,” says Olivia. “This trip allowed me to interact with people from around New York state and experience different environments first hand. This Field Period® assisted me with content knowledge in social studies and built my confidence in front of the classroom.” 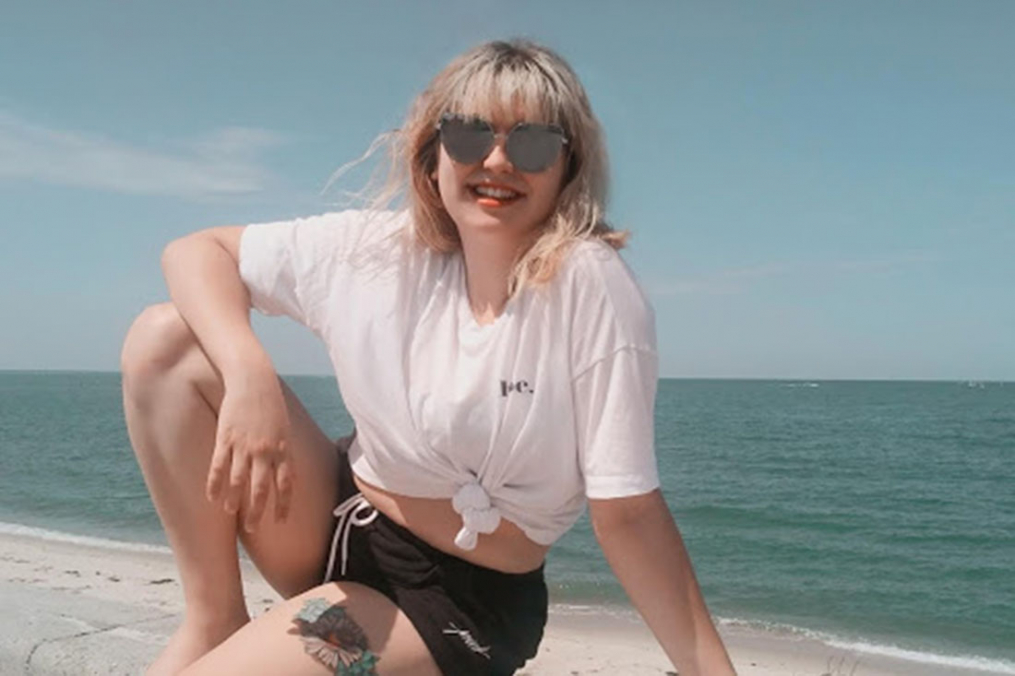 Olivia Ennist '20, takes a break by the blue waters near the site of the Lost Colony of Roanoke, what is now North Carolina's Outer Banks. 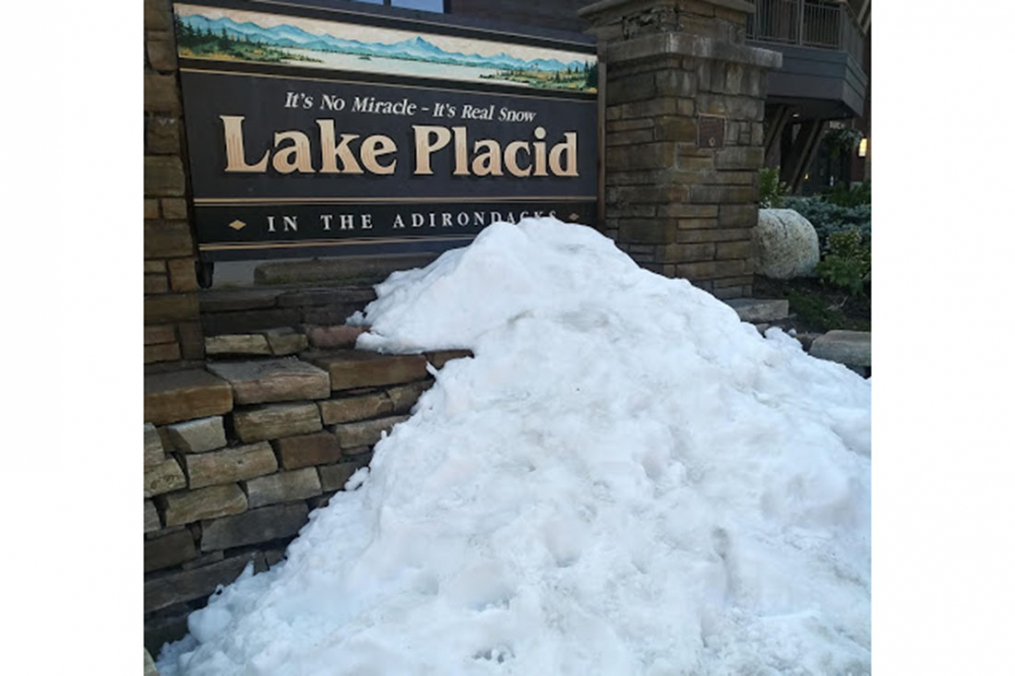 Olivia Ennist '20, visited Lake Placid as part of her Summer 2019 Field Period®. As the sign says, it's real snow...in July. 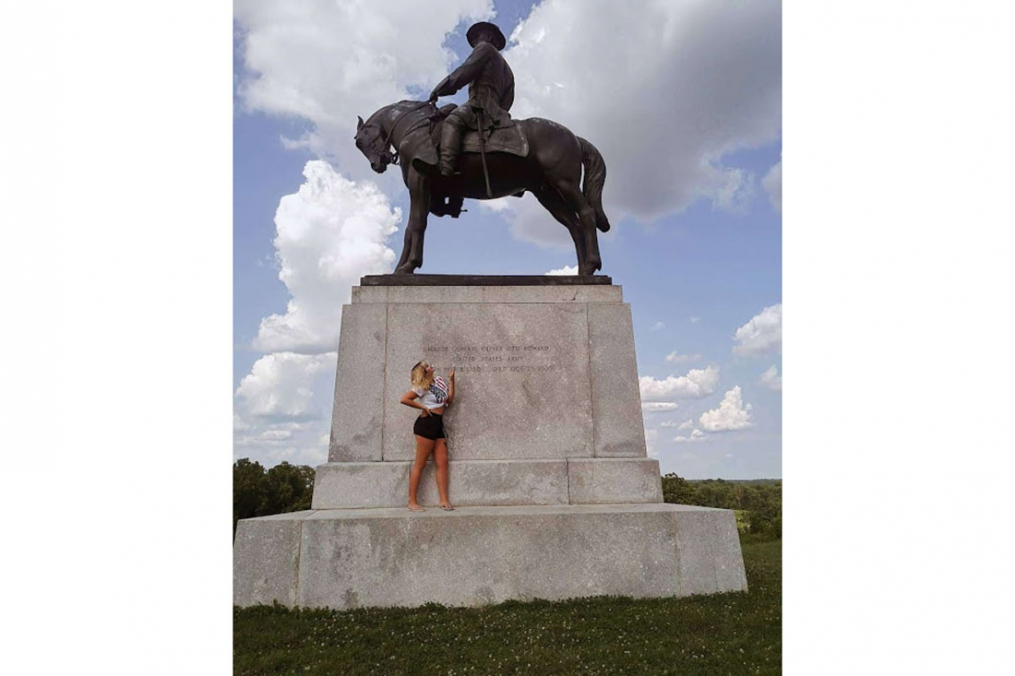 Olivia Ennist '20 spent some time in Gettysburg, Pa. and toured it battle sites, cemeteries, and monuments. Here, she stands next to a monument to Oliver Otis Howard. A Union general in the American Civil War, he fought from the first battle of Bull Run through the Gettysburg campaign. 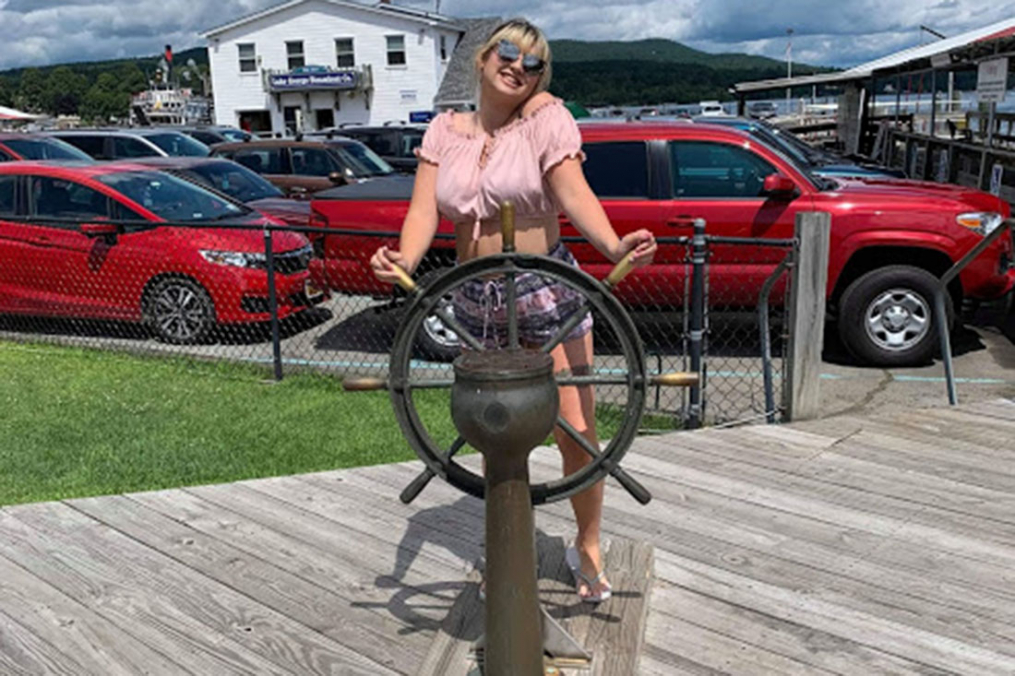 Olivia Ennist '20, take the opportunity for this photo op near Ft. William Henry in Lake George. "While I was there, I talked to some locals who explained the historical significance of the water. They pointed me to the fake boat wheel for a photo," says Olivia. 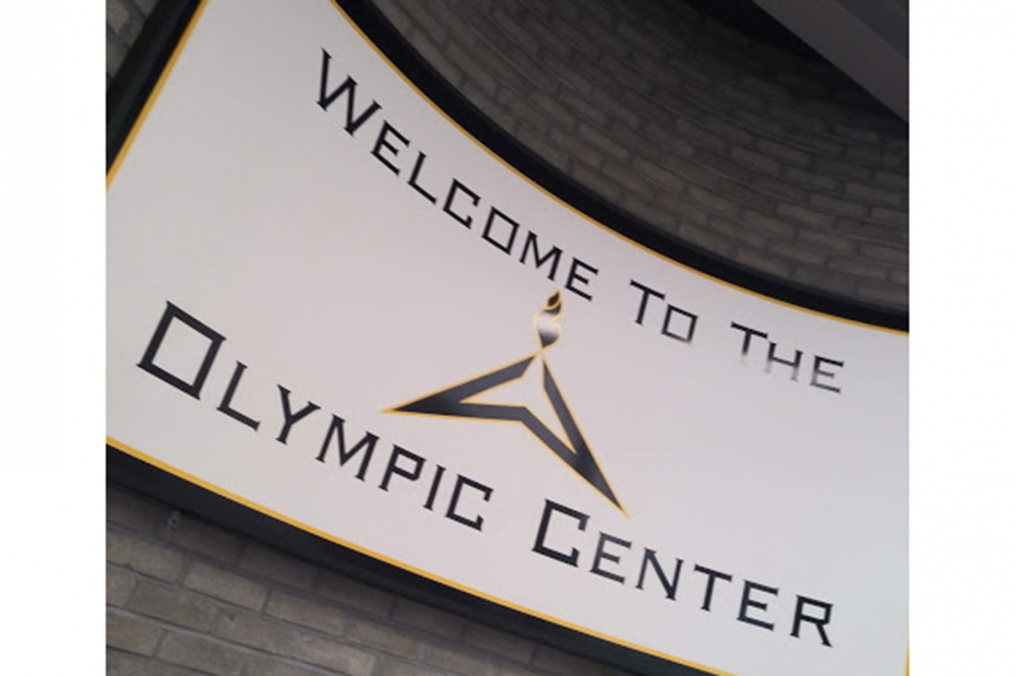 During her visit to Lake Placid, Olivia Ennist '20, stopped by the Olympic Center. 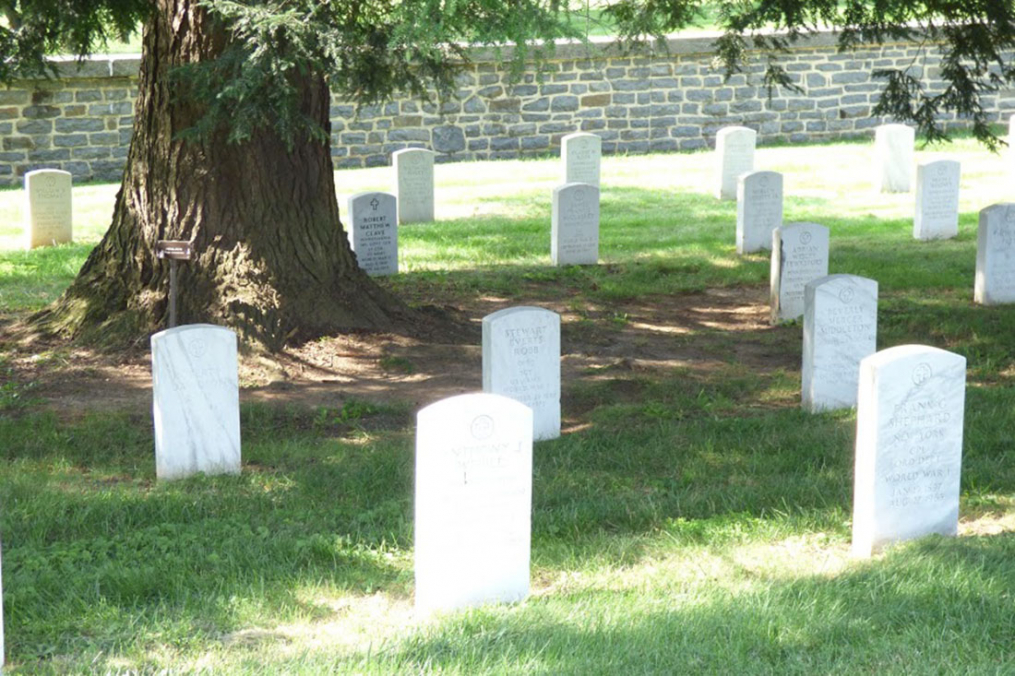 Olivia Ennist '20 spent some time in Gettysburg, Pa. and toured it battle sites, cemeteries, and monuments. 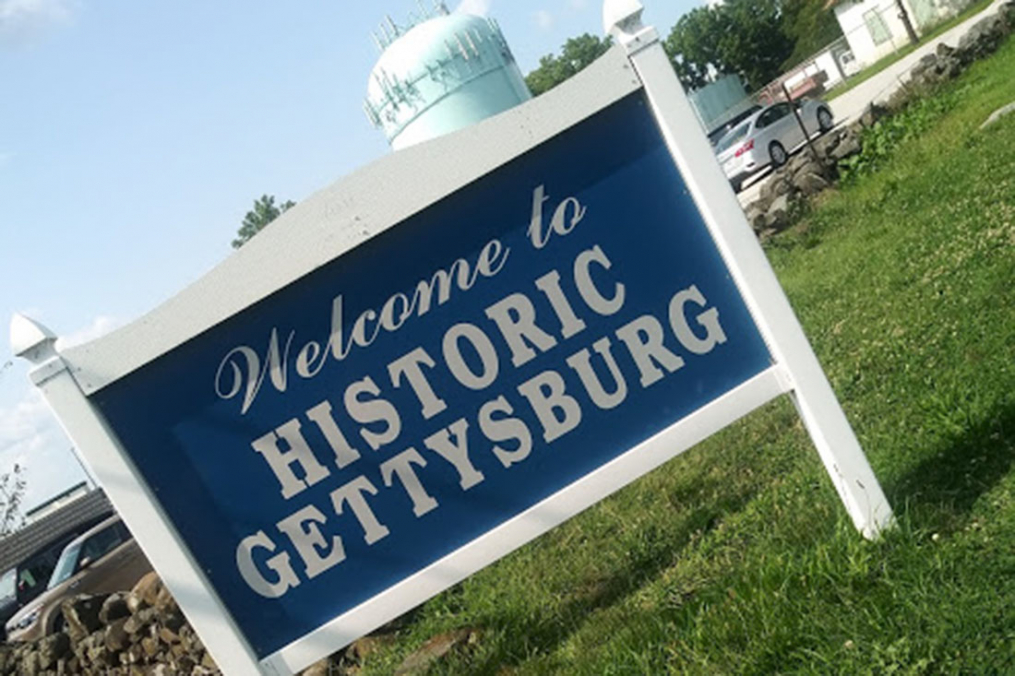 This sign marks the entrance to Gettysburg, Pa., one of the sites Olivia Ennist '20 visited during her Summer 2019 Field Period®. 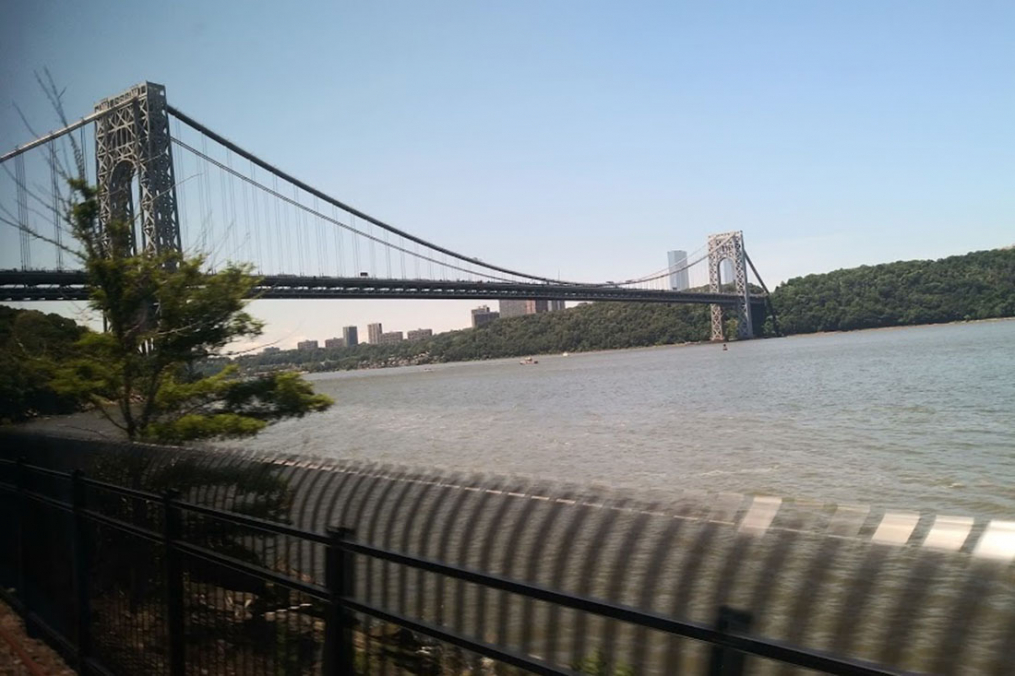 Olivia Ennist '20 snapped this pic of the George Washington bridge from her seat on the train into New York City. The double-decked suspension bridge spans the Hudson River, and connects the Washington Heights neighborhood of Manhattan in New York City with the borough of Fort Lee in New Jersey. 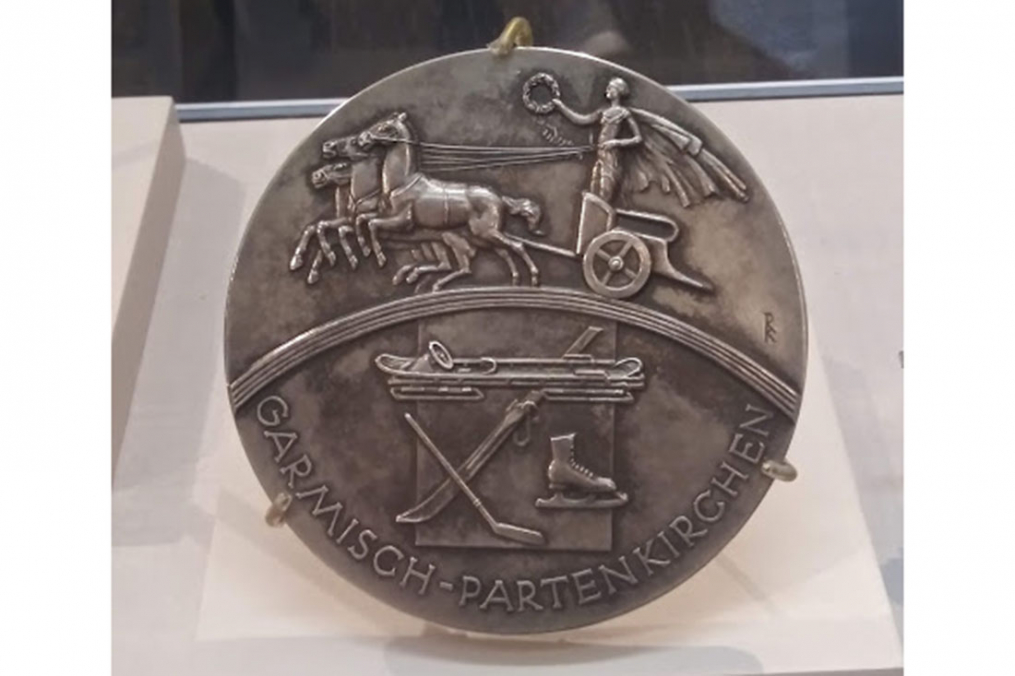 An Olympic medal from the 1980 Olympics, held in Lake Placid, is on display at the Lake Placid Olympic Museum. (photo by Olivia Ennist '20) 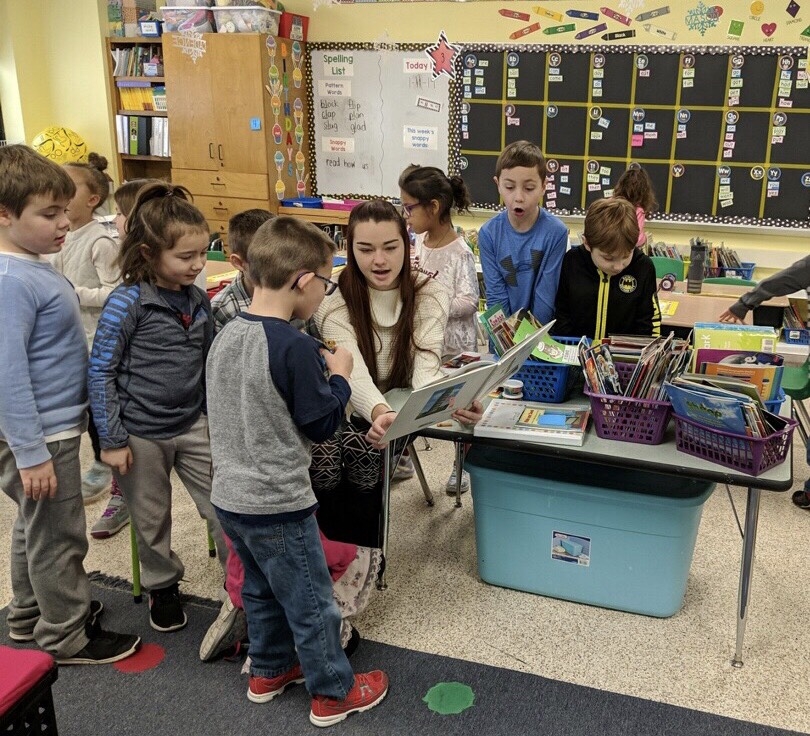 Lexi works with students during her field period