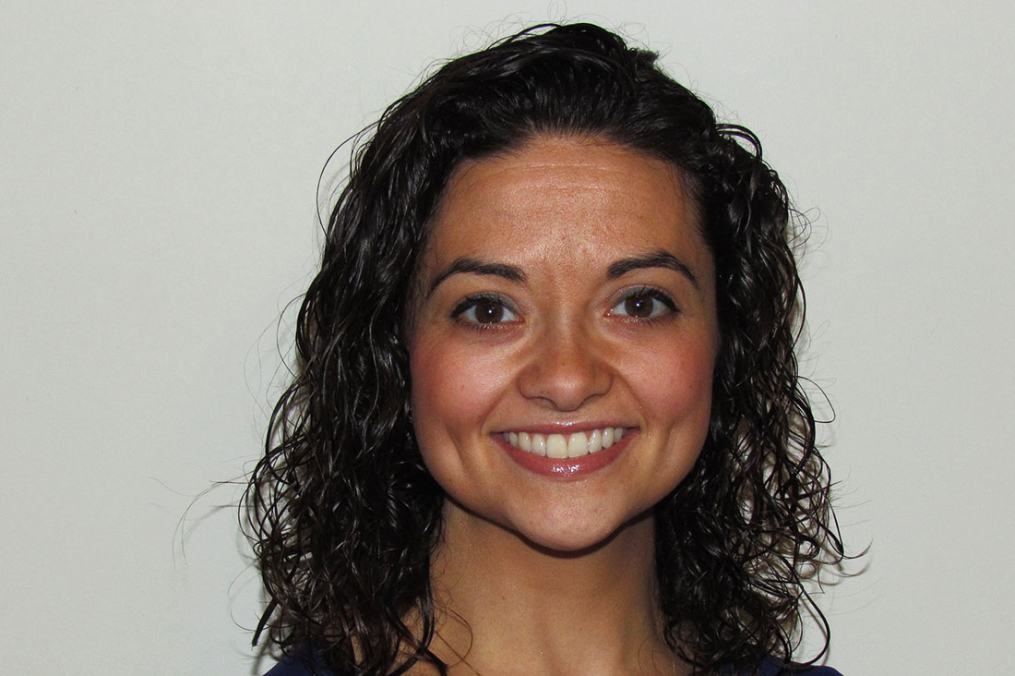 Chalk up another achievement for Keuka College alumna Elizabeth Mance Duxbury ’03 – this time, on a global scale.

Liz, a clinical nurse specialist at Rochester General Hospital, part of Rochester Regional Health, has been named the 2017 recipient of the Marie Hippensteel Lingeman Award for Excellence in Nursing Practice, given by Sigma Theta Tau International (STTI) Nursing Honor Society. She’ll receive the award at the bi-annual STTI Conference in Indianapolis in October. STTI boasts more than 150,000 members in 90 countries around the world.

“I am truly humbled to receive this award,” says Liz, who serves as vice president and delegate of Upsilon Upsilon, Keuka College’s chapter of STTI. “The award validates a lifelong desire to collaboratively improve patient care, and positively impact the nursing profession.”

The nursing career of this 1999 graduate of Rome Free Academy, Rome N.Y has been as accomplished as it is varied. She began her career as a volunteer at Rome Memorial Hospital then continued as a part-time site coordinator for Keuka College’s nursing program before going on to serve as a charge nurse at Rochester’s Unity Hospital, and then as a staff nurse and clinical nurse specialist at Crouse Hospital in Syracuse.

“What drew me to be a clinical nurse specialist is that I am able to keep one foot at the bedside and one foot in the boardroom,” says Liz. “I like teaching, and I like the bedside, so this is a perfect mixture. There’s a difference between doing something well yourself, and being able to teach someone else to do it well. I’m able to see a bigger picture and then figure out how to get there.”

It was Liz’s career achievements, along with her leadership and teaching skills, that led Julie Albright Gottfried, DNP, RN, CNS CPNP-PC and Michael Allain, MS, RN, ACNS-BC two of Liz’s colleagues from Rochester General and Crouse Hospital, to nominate her for the award.

“Elizabeth is advancing world health through leadership as the driver of RGH’s inpatient resuscitation data,” say Ms. Gottfried and Mr. Allain in their nominating letter. “She is working to improve patient outcomes through the optimization of direct bedside provision of care, code data entry, code cart availability and supply. She is also working with the quality team on a sustainable process to present the code data to the rest of the hospital and organization.”

One of her former students describes Liz’s instructional skills as “outstanding,” adding, “Liz is truly enthusiastic about being a clinical nurse specialist, and is passionate about (teaching), which allowed for a truly incredible clinical experience.”

Liz credits Keuka College for providing her with a solid foundation for building her career.

“The moment we drove on campus, I knew Keuka College was the place for me,” she recalls. “I visited a few times during high school and talked with members of the nursing faculty. Each time I was here, I felt like I belonged here. Always.”

“My time was well spent at Keuka College. It has led to lifelong friends, a love of the Finger Lakes and finding my amazing husband of 10 years. I had the experience of being a freshman mentor, ropes course facilitator, wellness educator and tutor.” Additionally Liz was a founder and captain for the first Keuka College women’s lacrosse team.

Liz says her conversations with the nursing faculty outside of class are some of her fondest College memories.

“At Keuka College, I had good professors who pushed me to learn and grow into my own,” she says. “One of them, Janet Mance, had the same last name as my maiden name. We are not related, but right off the bat I had a ‘grandma’ here. Her husband died while I was in Janet’s class, so once a week, we students would go to her house, and make dinner. She was a very prominent nurse—not just within the history of Keuka College, but in the nursing profession as well. To be able to go to her house and make dinner was memorable.”

Liz also values the time she spent talking with the late Professor Nancy D. Bailey. “When I talked to her about my future plans, she listened and gave me great advice,” Liz says. “Professors throughout the years have challenged me, overall I can attribute different aspects, strengths, and opportunities in my career back to some of those conversations, opportunities, and classes with my Keuka College nursing faculty.

At the College’s annual nurses pinning ceremony, Liz was pinned by her grandmother who gave her a special memento: her nursing watch. Her grandmother, Martha E. Sheridan Mance, a cadet nurse during World War II, used the watch to count pulses.

“I have a picture of her in her cadet nurse’s outfit and a card from the cadet court with her handwriting on it in my office,” says Liz. “Her watch still works, although I’ve had to change the band a few times. If you put it to your ear you can hear it click, and I keep it as a reminder of her.”

Adds Liz: “Keuka College empowered me to be the nurse, wife, mom, and person I am today.”