You never know where a Keuka College Field Period® can take you and who you will meet along the way. 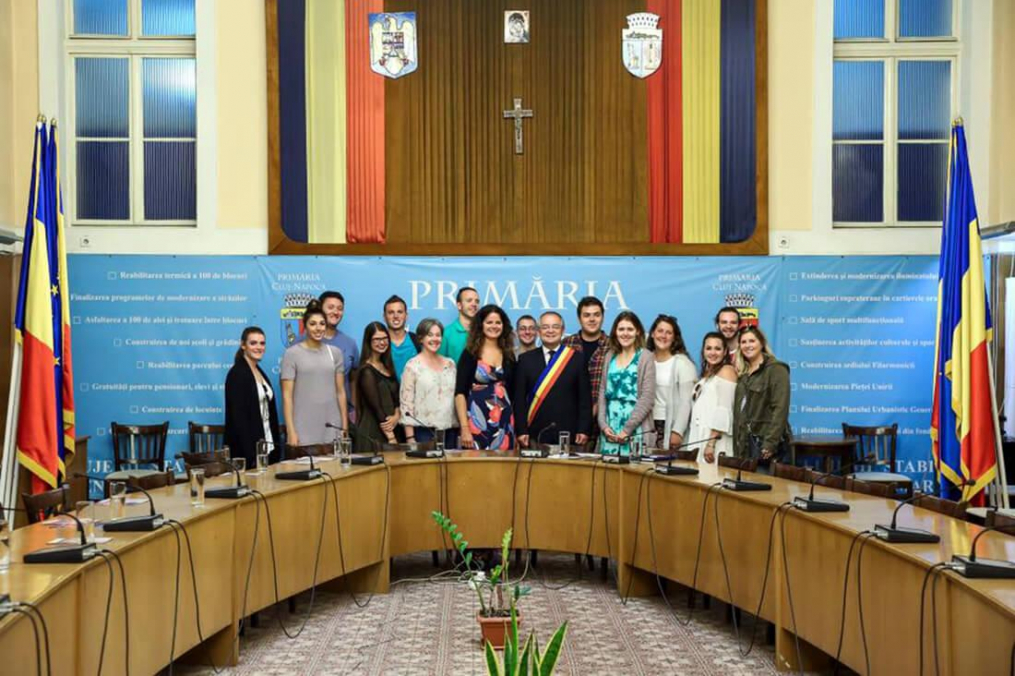 You never know where a Keuka College Field Period® can take you and who you will meet along the way.

For one group of Keuka College students, the “where” is the Romanian region of Transylvania, and the “who” is a former world leader.

Led by Dr. Angela Narasimhan, assistant professor of political science, and Dr. Jennie Joiner, chair of the Division of Humanities and Fine Arts and associate professor of English, the students met Emil Boc, the current mayor of the Romanian city of Cluj-Napoca, former Romanian Prime Minister, and one of Dr. Narasimhan’s former professors.

“We talked about Cluj as a European capital of culture and education. He was reelected as Cluj’s mayor on June 5 and we were his first audience since his reelection,” says Dr. Narasimhan.

“I had the pleasure to introduce students to American university development strategy and size of Cluj–Napoca,” says Mayor Boc on his Facebook page. “The students are pursuing a two-week tour in Romania, and some of them are to return to study for a semester or a year in Cluj universities.”

Emil Boc served as Prime Minister of Romania from December 2008 to February 2012 and is the current Mayor of Cluj-Napoca, the largest city of Transylvania, where he was first elected in June 2004. Mayor Boc was also the president of the Democratic Liberal Party, from December 2004 until June 2012.