The Keuka College alumna is about to become the only female city manager in the state of Alabama. 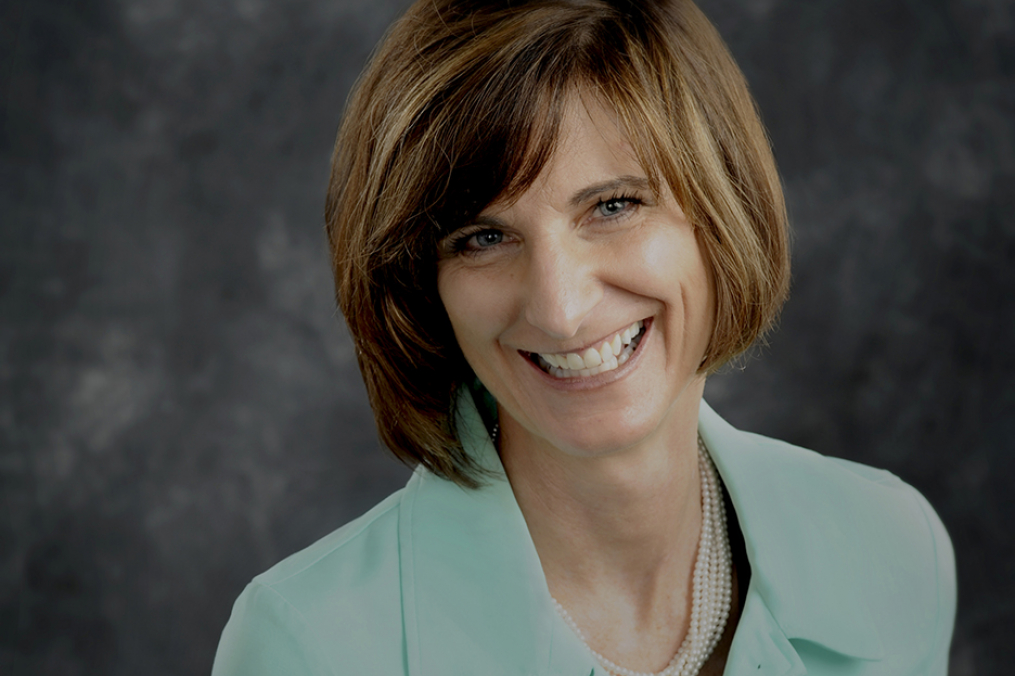 After 20 years in Batavia, New York, where she has long served as the assistant city manager, Gretchen DiFante M ’08 is returning to her home state. She and her family will move to Pelham, Alabama, this month, where she will become the municipality’s first city manager – and the only female city manager in the state.

Tell us about your current position:

I am the Assistant City Manager in Batavia, New York, where I have management responsibilities for the Bureaus of Personnel, Information Technology, Finance, Youth and the Clerk/Treasurer. In addition, I serve as the city’s Risk Manager and FEMA Community Rating System Coordinator and manage many projects as assigned to me by the city manager. I also serve as acting city manager in the absence of the manager.

What is the most rewarding aspect of your current job?

I have the privilege of serving the community in which my family and I live, and local government management is lively and varied. In a single day, you can be working with citizens regarding a water main break, the police department helping to coordinate communication about an important case, the fire department on emergency radio operations and personnel about hiring the next wastewater plant chief operator. No two days are ever the same.

What is the most challenging aspect of your current job?

The hardest part is hearing and/or reading about negativity in the community. You learn quickly that everything you do that pleases someone is bound to frustrate someone else. You also learn that access to media today provides a loud voice to the vocal minority in every community. In order to avoid discouragement, you have to be able to not take things personally and focus on the good you are doing, and spend time with people who appreciate you and challenge you to be better.

Tell us about the job you’re about to take on.

I have just accepted the job as City Manager in Pelham, Alabama, which is a suburb of Birmingham, and very close to the suburbs in which I was raised and where most of my family still live. Pelham is a larger city than Batavia (23,500 vs. 15,000) and is growing at a rapid rate and, like Batavia, has fully paid professional police, fire and public works departments. However, Pelham also has a large recreation department and offers a city-owned and -operated golf course, tennis and racquet club, recreation center and ice arena. In addition, Pelham boasts a state park and concert arena bringing nationally renowned musical performers to the city. Pelham is moving to a Manager-Council form of government, so I will be the city’s first City Manager and the only female City Manager in the state.

What prompted the move?

My parents and siblings are in or near the area where I’ll be working, and I wanted to move close by. This job came up at a good time for our family, because my husband became eligible to retire from his job, and it’s only 30 minutes from where my parents are currently living and 10 minutes from my brother and his family.

How did your Keuka College experience prepare you for your career?

My experience at Keuka helped me become a much better researcher and helped in my ability to perform critical analysis of research. This has enabled me to take on a job in city management in which I had to learn almost everything from scratch, and be able to ask critical questions that, I believe, have been instrumental to helping us become a more efficient and effective city from an operations standpoint.

Why did you decide to attend Keuka College?

I was an executive vice president of a local company with a great deal of responsibility. In addition, I have five children (one who was very young when I began school), so I couldn’t travel for classes. The Keuka College program was offered at Genesee Community College, five minutes from my home in Batavia.

What surprised you the most about the College experience?

The biggest surprise for me was the amazing members of my cohort. I had lived in Batavia for almost 20 years, so I thought I knew most everyone who might want to be in this program; but I only knew one person the first day of class, and I grew close to and learned so much from everyone in my cohort.

Do you maintain any connection former classmates?

Were there specific mentors who were instrumental in your education?

My advisor was very encouraging and made the point of introducing himself to my family at graduation and telling them how intelligent he thought I was and how much he enjoyed having me in the cohort. I liked that he took the time to say something nice about me to my family. They made a big sacrifice for me to go back to school.

What are your plans for the future?

I’m excited about this new chapter in our lives for my family and for me. I want to become a credentialed city manager and write about local government leadership. I do believe there are a lot of things I’ve learned working in such different environments and cultures that I could share to help encourage others interested in and/or working in professional city leadership. In the meantime, my husband, two youngest children and I are all going to learn to play golf and tennis and improve our fishing skills!