Jadine Buddingh has the magic to immortalize moments of everyday life. 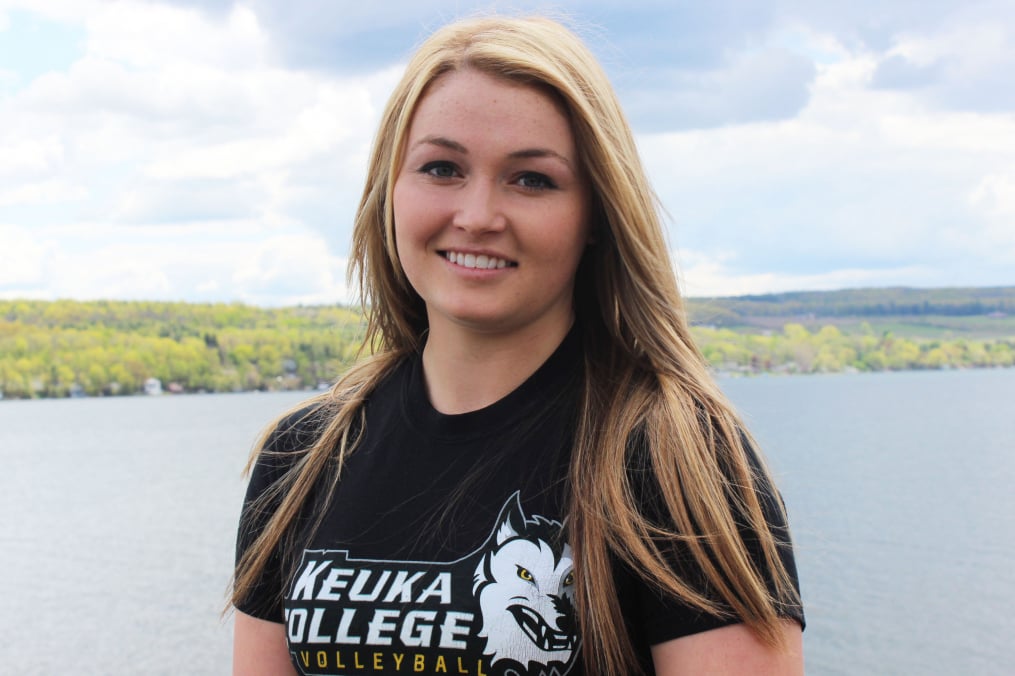 To Jadine Buddingh ’18, drawing or painting creates more than just a picture—it brings back a memory, tells a story, or inspires a dream. And when people look at her art, she wants them to think about what the future holds, or remember a moment in their life.

For example, Jadine painted a scene by Keuka Lake, and every time she looks at that painting now, it brings her back to that night.

“I stayed at a cottage on Keuka Lake and helped a friend clean up his yard,” says Jadine. “We piled everything up and had a big bon fire with our friends and family. We ate s’mores and hot dogs, and it was a gorgeous night. Right as the sun was setting, I knew I wanted to hold on to that moment.”

“Inspiration for my art comes from my everyday life, by everything and everyone around me,” says Jadine. “I don’t plan where my inspiration comes from, or where my ideas come from—they just appear. And when they do, I have to jot them down before I forget. It is amazing what I have created just by opening my eyes to the world around me.” 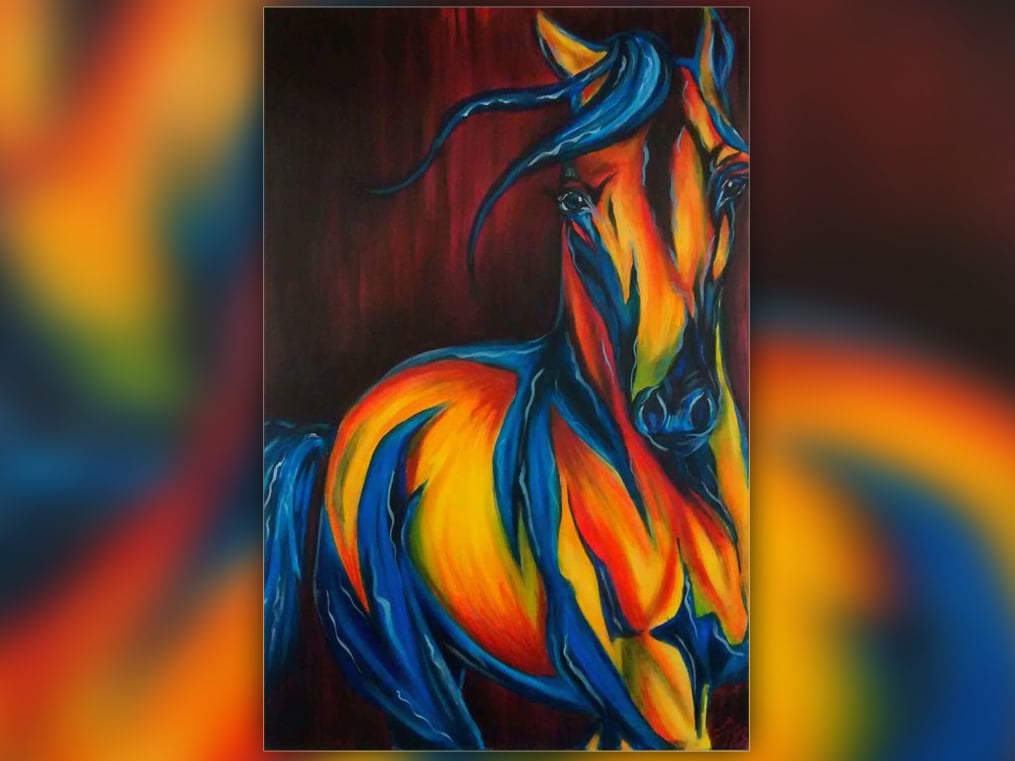 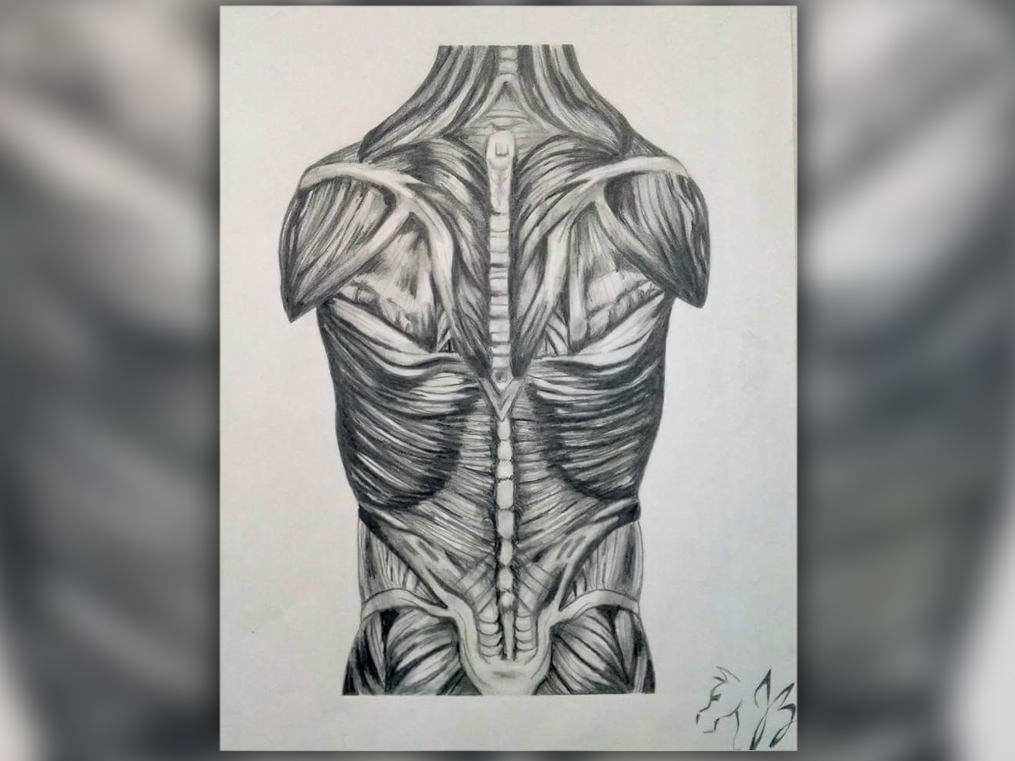 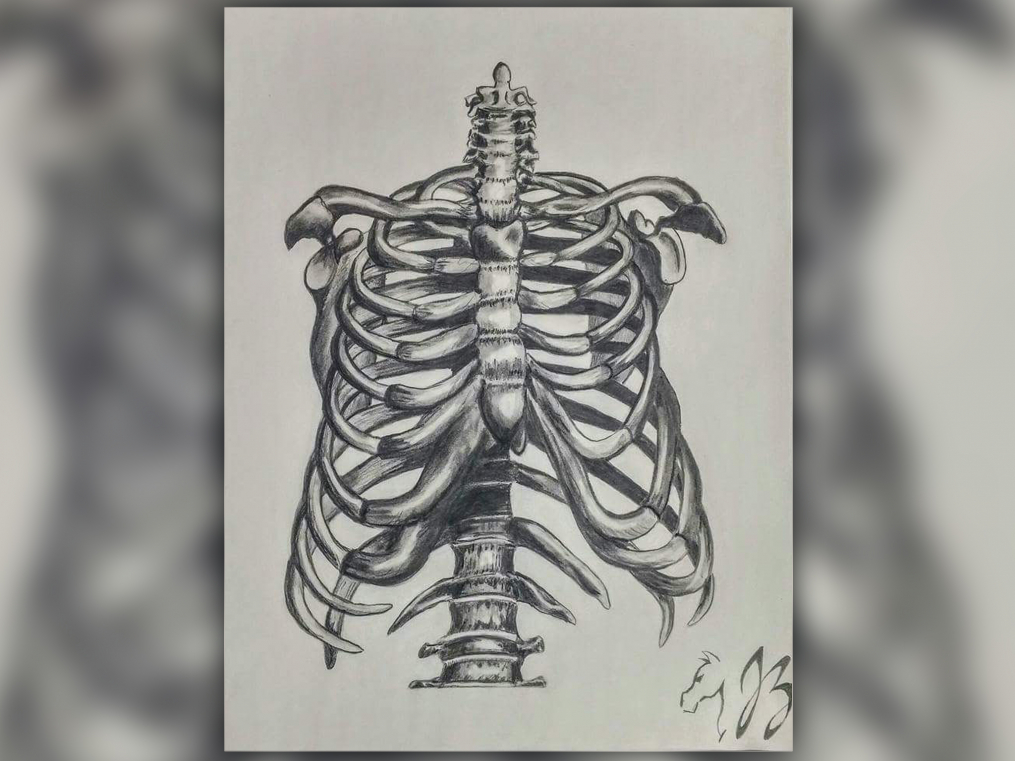 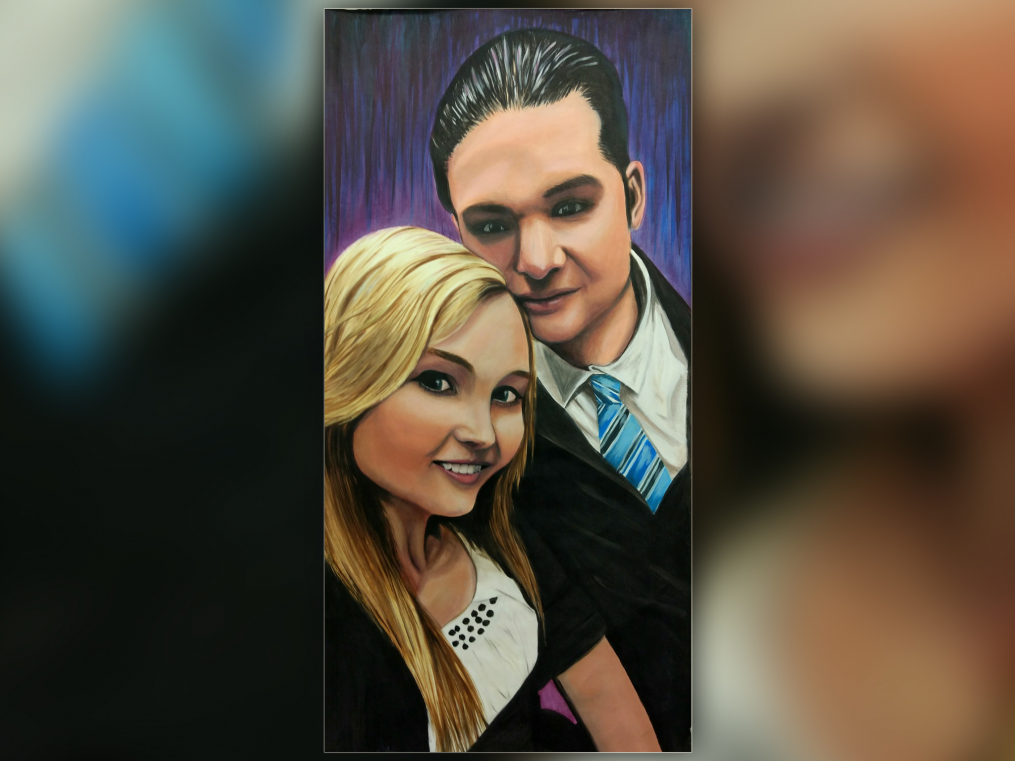 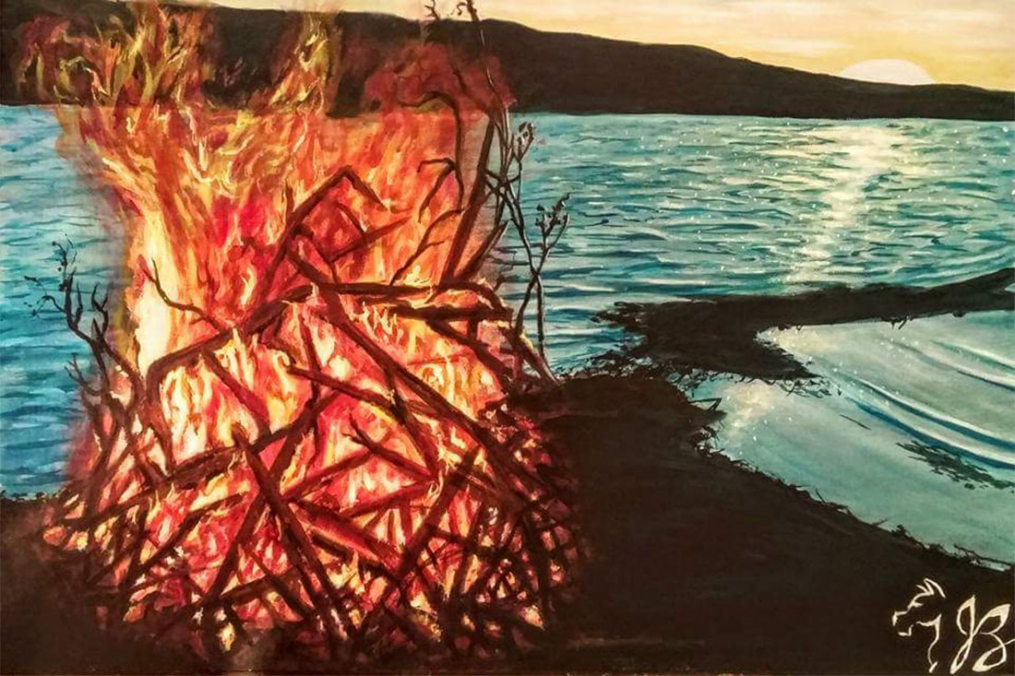 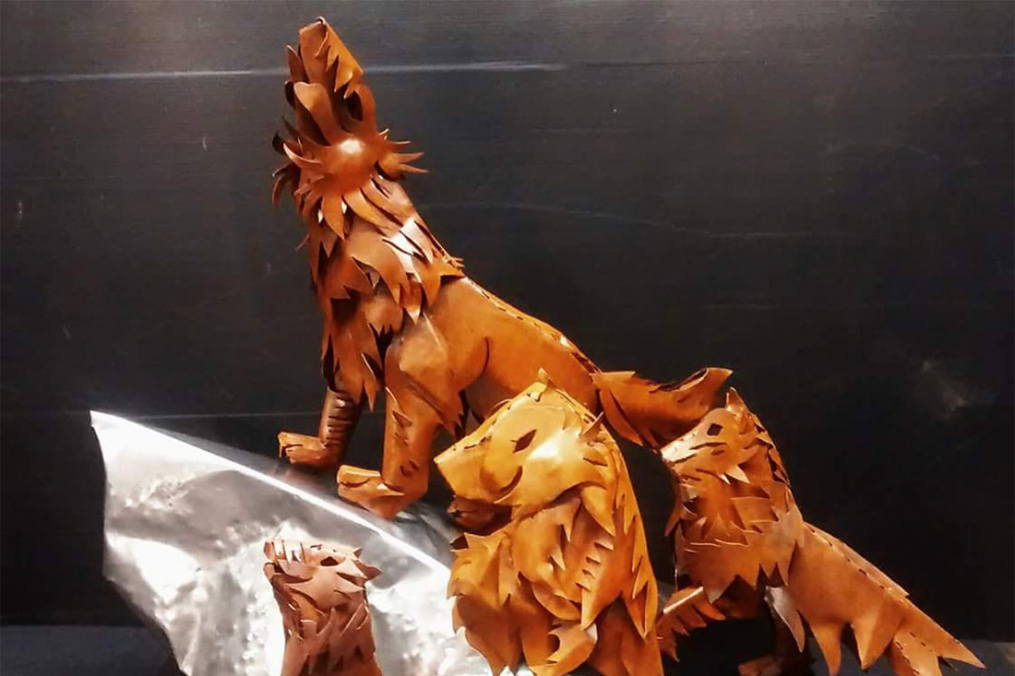 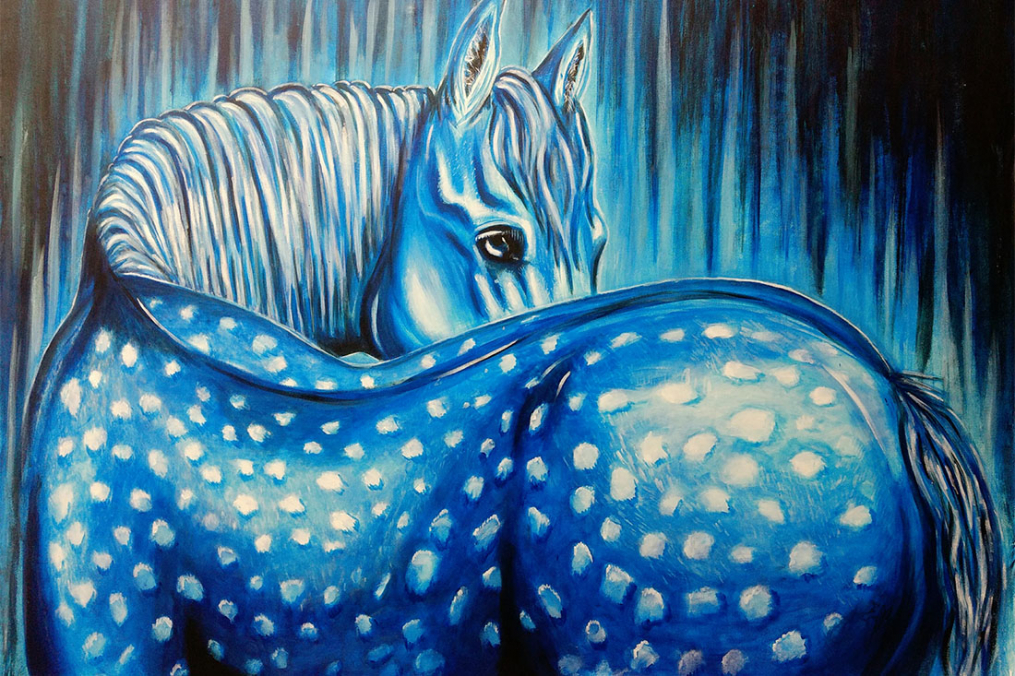 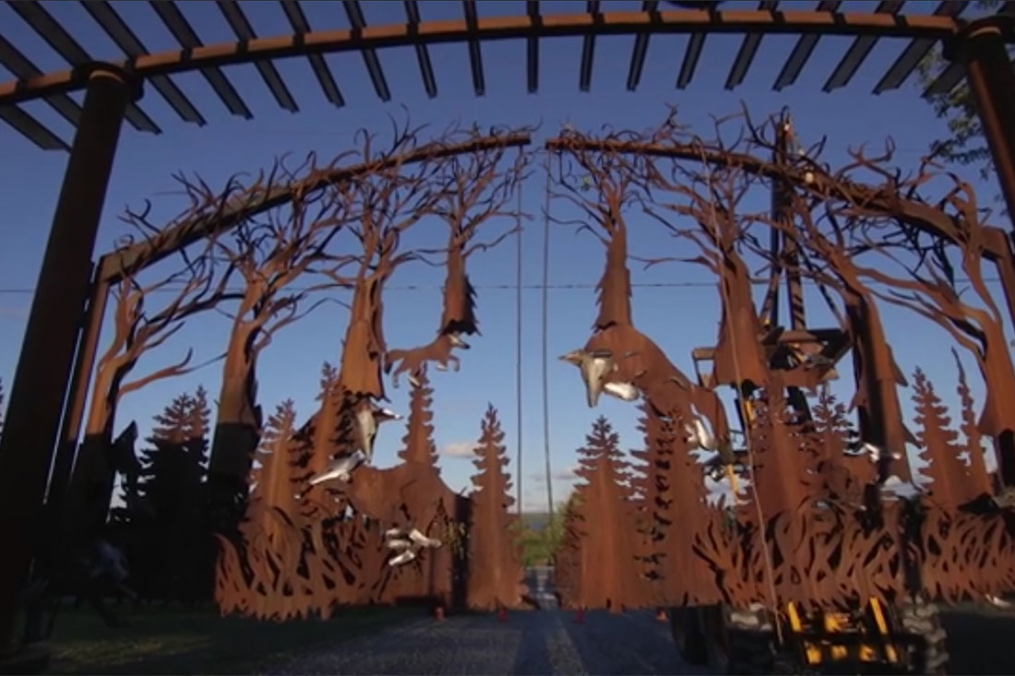 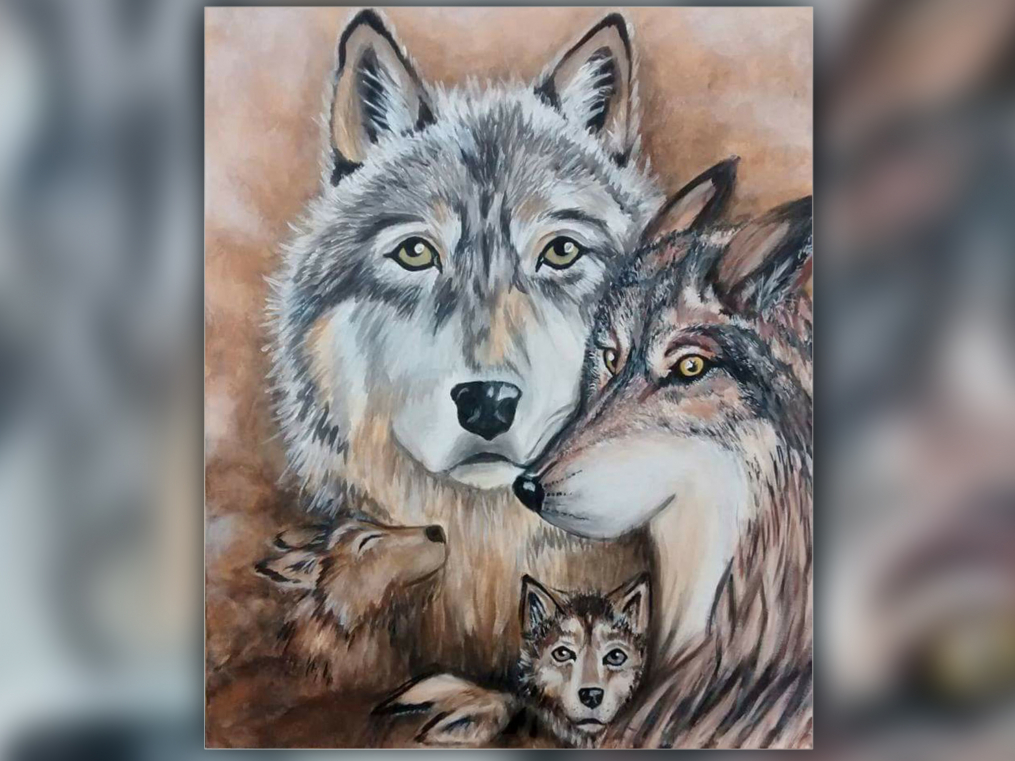 In capturing these moments, Jadine hopes people will get a little lost in her art. Maybe that’s why a quote by Thomas Merton resonates so well with her.

“‘Art enables us to find ourselves and lose ourselves at the same time,’” says Jadine. “To me, this quote means that art allows you find who you are, but also lose yourself while doing it. I can paint for hours, and I completely lose myself in the moment, and in my art. Art takes a lot of time and patience, so usually I drift off into my own little world where I can just create.”

Jadine found part of her world in high school, when she discovered who she was while she was painting and a true love for art.

“Before I started painting I had no idea what I was going to do,” says Jadine. “That’s when I knew art was the road I wanted to take in my future studies.”

And that road led her to enroll at Keuka College, where she plays volleyball for the Wolves.. In fact, Jadine, a Hamilton, Ontario, Canada native, was first introduced to the College at a volleyball tournament.

“After that tournament, I looked the College up, and saw that it was a small school,” says Jadine, who is also a member of the College’s equestrian team. “I liked that I would be more one-on-one with the professors, because I value personal feedback of my work.”

Some of that personal feedback has come from Melissa Newcomb, assistant professor of art, who says Jadine is one of Keuka College’s most inspiring success stories.

“Her dedication, discipline, and passion for the arts are evident through her hard work ethic,” says Melissa. “She is an outstanding student in the art program, an athlete, a tutor, and she goes above and beyond with any opportunity that comes her way. She is not afraid of a challenge.”

Jadine adds that she “enjoys the challenge art demands, and I love mixing colors and making things come to life. It’s putting my vision from my head onto paper—it is completely up to me, no rules, just my creation. I love seeing the end result after all of those hours ‘lost’ in painting. Because with paint, I can go big and I can over-exaggerate what I want.”

And going big is just what she did during a Field Period® at nearby Ironvine Studios with owner and artist Sam Castner. Jadine helped create foxes and trees, not by painting, but by welding and shaping steel for a 45’ by 25’ gateway for Fox Run Vineyards on Seneca Lake.

“Sam serves as an advisory board member and adjunct instructor for the College’s Art and Design major, has been a big supporter and mentor to Jadine during her Field Period®,” says Melissa. “Under Sam’s direction and supervision, Jadine created a model of the Keuka College athletics logo out of metal, as well as other small-scale metal sculptures. She continues to work with Sam beyond her Field Period® requirements because she wants to experience as much as she can.”

Jadine adds that she never thought she would work with metal, especially on such a large scale as the gates at Fox Run Vineyards.

“It was amazing how we took a simple idea from paper and turned it into a huge three-dimensional metal sculpture,” she says. “I am proud to say I was part of that.”

Jadine credits her all of her professors, but regards Melissa in particular, for the support and encouragement she has received during her tenure at the College.

“Melissa has really gone above and beyond for me,” says Jadine. “She is my advisor and has helped me through every challenge I have faced, whether it was related to art or school in general. She has given me good advice and encouragement, and I owe her my gratitude and appreciation for all that she has done for me.”

And the feeling seems to be mutual.

“Jadine loves being a student at Keuka College—her heart is here,” says Melissa. “She has become a role model to students, and is a tutor to several art classes. She continues to expand on her skills by exploring new things, and has been selected twice through a juried process to design birthday and holiday cards from the president."

Melissa adds that Jadine’s portfolio has broadened through her experiences, “both at Ironvine Studios, and through her Keuka College courses such as mixed media, graphic design, drawing, painting, and sculpture. She is a Keuka College star.”

With that mix of in-and-out of the classroom experience, Jadine is confident that the road she chose to follow in high school continues to be the right one.

“I would like to be a self-standing artist,” she says. “I know I won’t get there right away, but I know that’s what I want to become. I want to keep creating art because it is my passion and inspiration.”