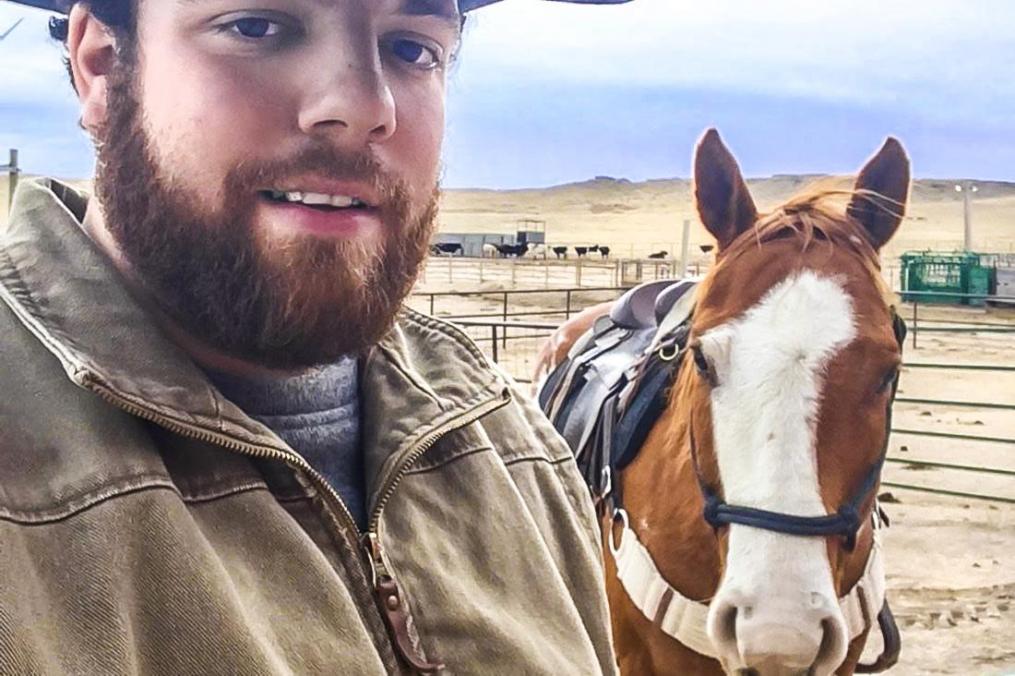 Over lunch, Bryce tells President Amy Storey how he landed his dream Field Period® and shares his advice for new students.

So, he took advantage of a Field Period® opportunity to saddle up in pursuit of making that dream a reality, landing a month-long stay on a Colorado ranch.

“I led and rode horses, fed both horses and cattle, fixed fencing, created a feed tank, fixed a water tank, rounded horses into a corral, as well as trimmed, shoed, saddled, and groomed horses,” says Bryce.

“It’s a lot, but that’s what is so amazing about a ranch—every day is different, and we have no days off. This job is 24 hours a day and seven days a week.”

And while he may have been a tenderfoot when he first arrived at the Carr Ranch, Tom says Bryce took to ranch life like an old hand.

“He has a ‘get it done’ and a ‘I can do this’ attitude. He is respectful, kind, gracious, hardworking, and humble. It is like he has been a member of our family for years.”

That good fit is good news for Bryce, who plans on “working with horses in my career.”

But before he can get back in the saddle again, Bryce will translate the skills he learned on the ranch and bring them into the classroom. And while some days might be tougher than others, Bryce refuses to give up, and heeds some self-advice. 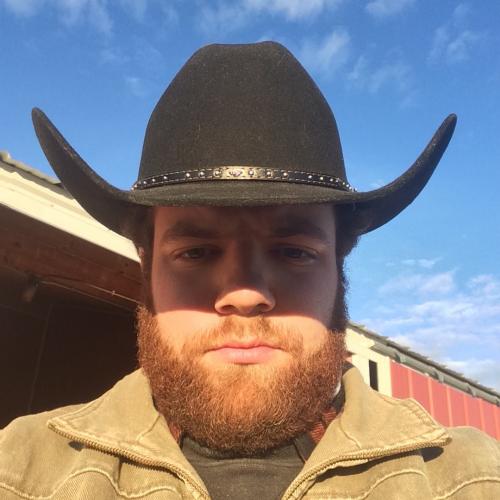 “I always tell myself to dream and dream big—don’t let anyone tell you that you can’t or you aren’t good enough. You can’t just stop or give up one day.”

And though he might be young, Bryce offers some old-soul wisdom to you:

“Don’t quit and let defeat win,” says Bryce. “When doing something, always do your best, even if it seems hard or like you can’t do it. Always tell yourself you can and push through it.”

That’s some great advice, but if you need a little extra boost to try something new, Bryce has you covered.

“I would like to encourage all students to get out, travel a bit, and see what they can explore during their Field Period®,” he says. “You write your own story, so make your mark on this world.”