Journey to the Jackals

When Danielle Alred was a freshman, she never thought she'd end up as an artist, let alone one who works for the Elmira Jackals hockey team. 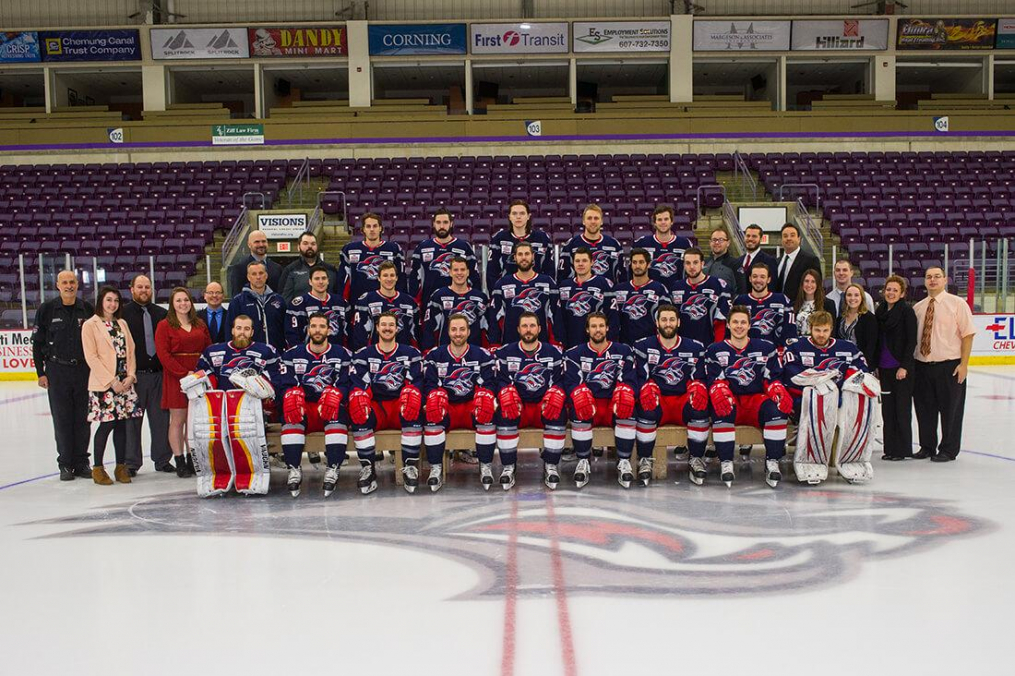 As a freshman, Danielle Alred was sure that she wanted to become a sports broadcaster. Luckily, two Field Period® experiences helped Danielle realize that broadcasting wasn't for her and that graphic design was her true passion. That realization helped her on her journey to becoming the art director for the Elmira Jackals, an ECHL hockey team and the host of her final Field Period® at Keuka College.

Danielle points to the confidence she gained from the Communication Studies program as a key factor in her professional success. The program taught her the fundamentals of graphic design, video editing, and art, but also gave her the opportunity to become a self-assured leader and competent communicator. A minor in art & design also allowed Danielle to become comfortable giving and receiving constructive criticism. She was also the vice president of the Student Senate during her senior year which helped her further hone her leadership skills.

The confidence and leadership skills that Danielle gained during her time at Keuka College will certainly not go to waste. Within five years, she hopes to transition into a role with an AHL hockey team and ultimately lead a team of graphic designers, animators, social media personnel, and videographers.

She's not sure yet whether she wants to focus her own career on graphic design or video editing but because of her time at Keuka College and her Field Period™ experiences, Danielle knows that, for now, she's exactly where she wants to be.