The sophomore was nominated for Keuka College’s Student Employee of the Year award. 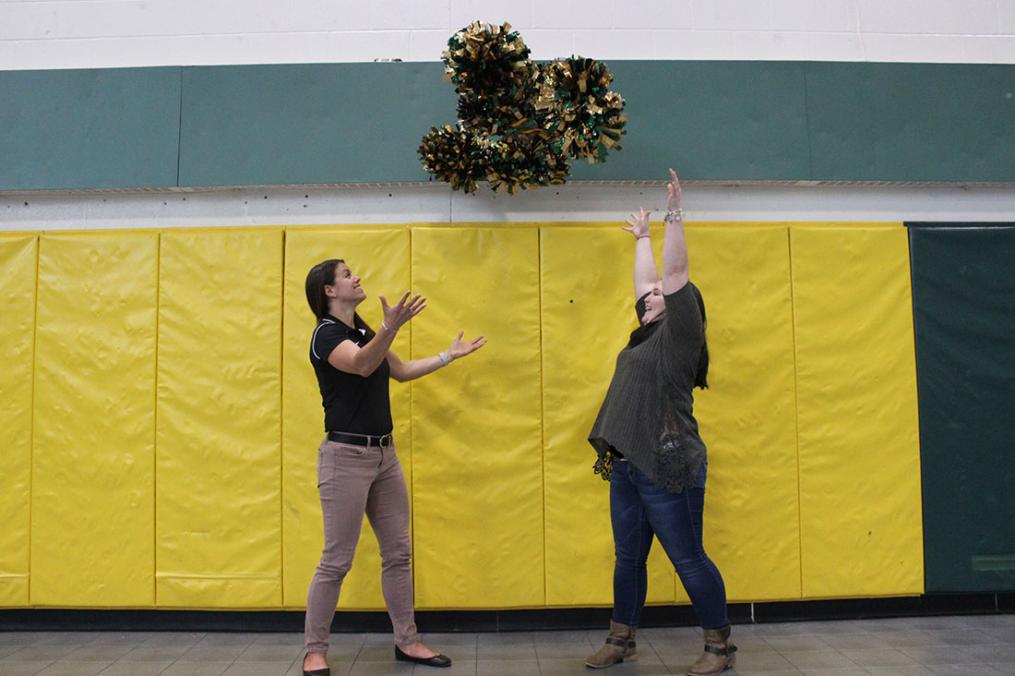 While some may interpret the word “assistant” as simply helping when needed, Keuka College sophomore Alexandra “AJ” Castle found a deeper meaning.

“I never expected my student assistant to elevate herself to the level that AJ was able to, especially in such a short amount of time,” says Michelle Broadhurst, assistant director of athletics/head cheer coach.

So Michelle nominated AJ, a cheerleading student assistant, for Keuka College’s Student Employee of the Year award. The award honors and recognizes student-employees for their hard work and contributions.

AJ’s job includes assisting the cheerleading coaching staff, organizing practice and game preparation, maintaining team statistics, photography, and other duties. But even with such a full plate, Michelle says, AJ is always one step ahead. Once AJ saw how the cheer team operated, it didn’t take long for her to step up and take responsibility for areas she could control, Michelle says, demonstrating forethought and initiative.

“AJ helped a teammate if my attention was elsewhere, managed equipment, and made sure everything was in order,” says Michelle. “Being able to rely on AJ at practices, games, competitions, and the like made the teams run smoothly. I could focus my attention on the athletes, and constantly had a backup, an extra set of eyes, and an extra hand. AJ became another teammate, a mentor, and another leader to look to.”

AJ’s ability to anticipate the team’s needs fits right into the cheerleading theme for the year—Exceeding Expectations.

“AJ was expected to come to practice, take pictures and videos, do some small office projects, be our music technician, and help organize and transport our supplies,” says Michelle. “She was not expected to become a mentor to first-year athletes, or students who lacked experience, helping them to adapt to our structure and schedules. She was not expected to have thoughtful and valuable strategic thoughts for routine structure or practice logistics.”

AJ was also not expected to have a keen eye and uncover unseen problems or concerns before they could affect the team as a whole.

“She was not expected to become an indispensable member of the leadership of the team, but she did all of these things, of her own accord, by just performing as the incredible worker and person that she is,” says Michelle.

“AJ is a genuine leader, and she had a wonderful and positive impact on me,” says Michelle. “She made my days, practices, and competition days easier. She helped me manage the smallest of details and made all of our operations run more smoothly.”

AJ may have begun simply as an “assistant,” buts she “quickly grew to be a leader, mentor and indispensable member of our programs,” says Michelle. “I don’t think it is a coincidence that we ended our strongest season on the highest note I could have imagined.”

Michelle says AJ has taken the concept of a student-worker to a whole new level.

“I think it speaks to AJ’s character and work ethic to not only be nominated, but for me to feel that she is deserving of such an award after only one season,” says Michelle. “I believe it would take an average worker much more time to have AJ’s impact, proving that she is exceptional.”