It's the second straight year the College's student-athletes have led the conference. 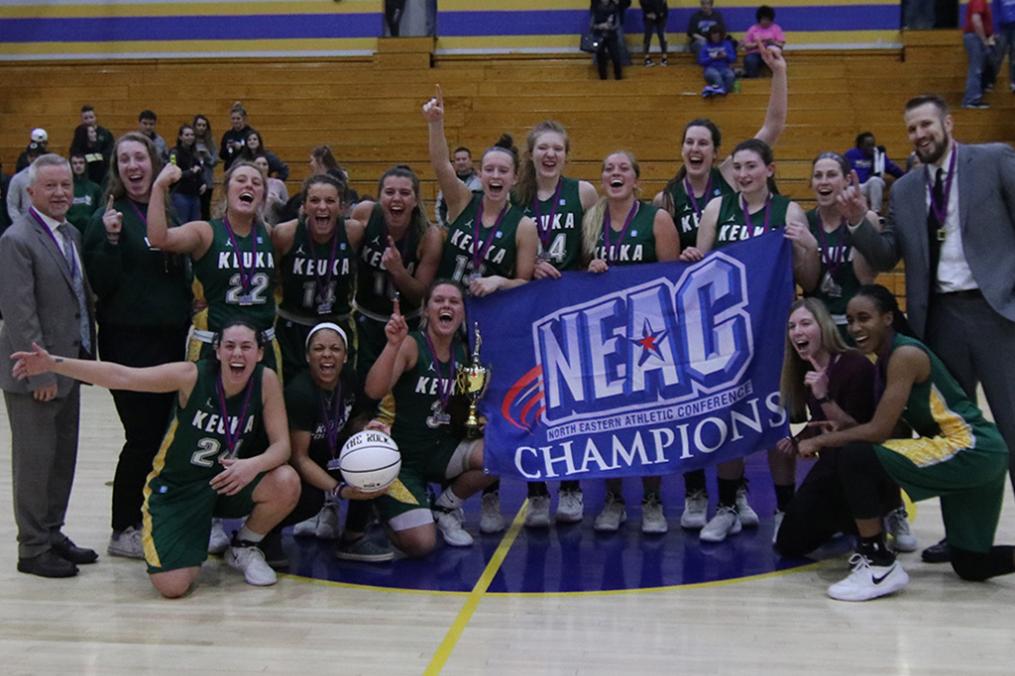 Keuka College student-athletes have found NEAC success this past year both athletically, as exemplified by the Women's Basketball Team (above) winning the NEAC championship game, and academically.

Keuka College’s student-athletes don’t just excel on the field of play, they exceed in their field of study – in conference-leading fashion!

The North Eastern Athletic Conference announced its Scholar-Athletes for the 2017-18 academic year and for the second straight year, Keuka College led the list.

Keuka College topped the NEAC with 110 Scholar-Athletes, 18 more than the runner-up. That’s a nearly 30% hike from the 85 Wolves earning Scholar-Athlete honors in 2016-17.

To earn NEAC Scholar-Athlete status, student-athletes needs to maintain a combined grade point average of 3.40 or higher for the fall and spring semesters. Factoring in non-NEAC sports, Keuka College totaled 127 Scholar-Athletes on the year with 37% of the athletes exceeding a 3.40 GPA.

Both Bethany and Alyssa have maintained perfect grade point averages throughout their first three years at Keuka College while Bayli has a perfect 4.0 throughout her first two years on campus.