The Green and Gold had 147 scholar-athletes earn the honor. 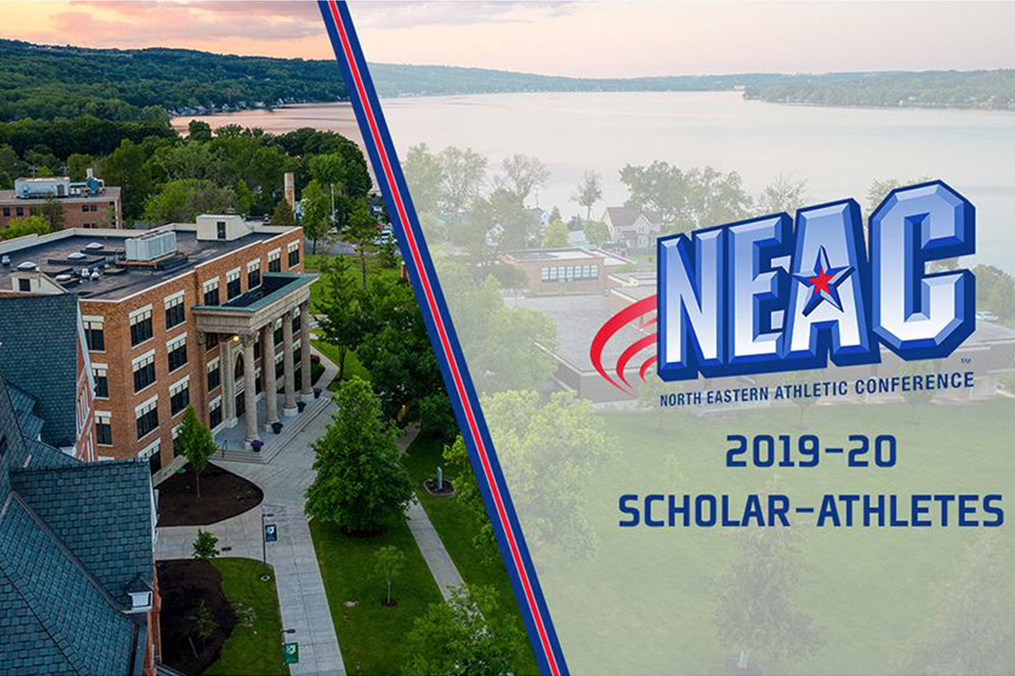 For the fourth straight year, Keuka College had the most scholar-athletes in the North Eastern Athletic Conference.

The Green and Gold had 147 student-athletes earn the honor this past season, besting Lancaster Bible College, which was in second at 136. The Wolves and the Chargers were the only two schools in the 12-team league to have more than 100.

The scholar-athlete honor is given to a student-athlete in a sport that competes in the North Eastern Athletic Conference and has a combined 3.40 grade-point average for the academic year.

It was an impressive year in the classroom for the Wolves, as Keuka College posted a 3.27 department GPA. Leading the way was the Women's Soccer team with a 3.76 grade point average. They had 21 of their 23 players earn NEAC scholar-athlete honors.

The Keuka College Department of Athletics applies the same standard and awards their non-NEAC teams with the same distinction. In total, 210 Keuka College student-athletes earned scholar-athlete status by having over a 3.40 GPA. The Dance team had the second-best GPA in the department with a 3.69 on the year.

Twenty-two student-athletes across 13 different teams formed the 4.0 club for the 2019-20 academic year:

The reign of leading the North Eastern Athletic Conference will end for the Wolves. As of July 1, Keuka College completed the transition and is now a full member of the Empire 8 Conference.