The student-athletes had to post a grade-point average of 3.5 or better in both the fall and spring semesters to earn the honor. 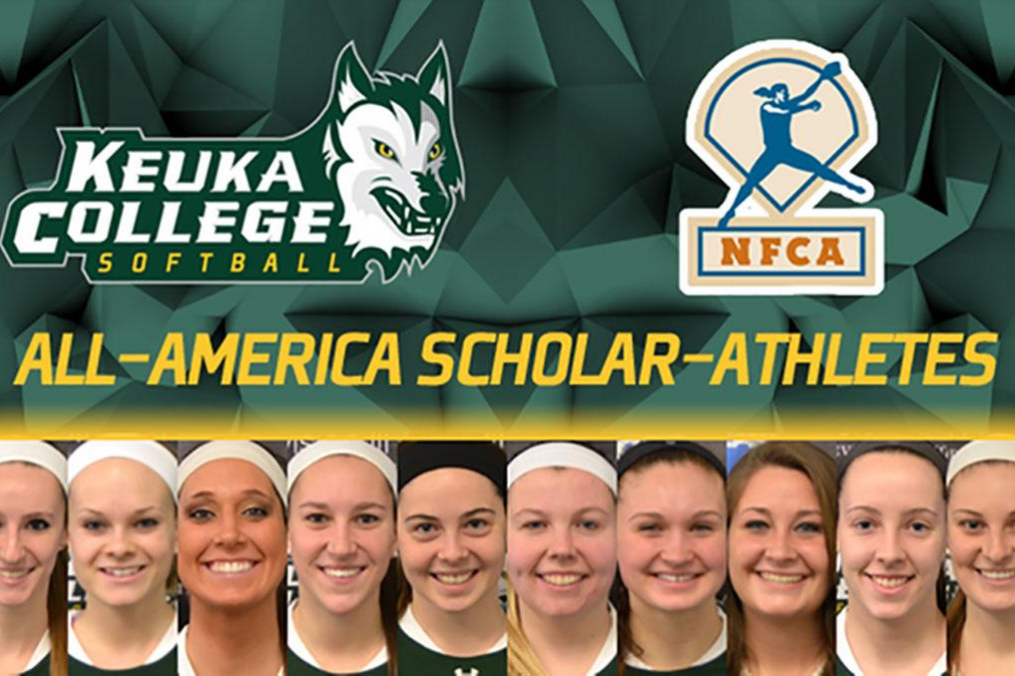 The Keuka College Softball team had a successful 2016 season both on the field and in the classroom. Not only did Keuka College win the North Eastern Athletic Conference Championship, 10 members of the team earned All-America Scholar-Athlete honors from the National Fastpitch Coaches Association (NFCA).

To qualify for All-America Scholar-Athlete honors, a student-athlete had to post a grade-point average of 3.5 or better in both the fall and spring semesters.

Liz Warren also earned First Team All-Conference last season. The senior went 11-6 in the circle for the Wolves, striking out 79 batters in 106.2 innings of work. Warren earned the win in the NEAC Championship game against Penn St.-Berks. Ally Muller recorded 26 hits in her senior season at Keuka, finishing with 115 in her career.

The Wolves finished with a 19-14 record in 2016. They went 3-0 through the NEAC Tournament at home on their way to the conference title, advancing to the NCAA Tournament.