The Women’s Volleyball standout put up career-high numbers during a weekend tournament. 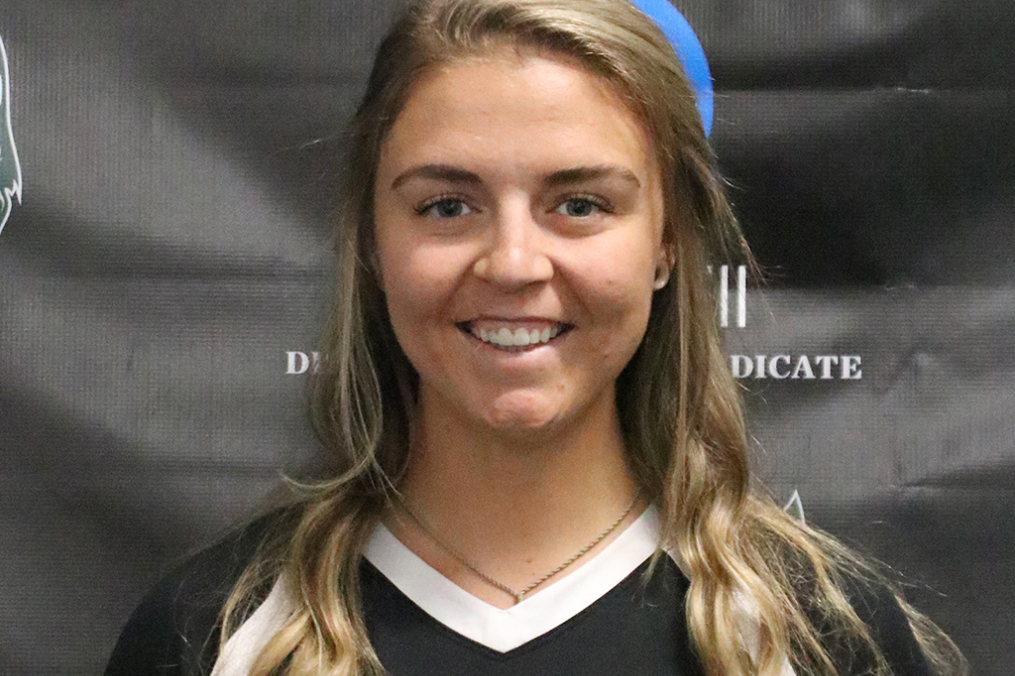 Erika, an outside hitter, began last week with a balanced eight-kill, nine-dig performance against Wells College. She followed that with a career-high 16 digs against SUNY Cobleskill on Saturday. She also added seven kills and six aces against the Fighting Tigers, the latter also a career-best. Erika concluded the tri-match on Saturday with 12 digs, seven kills, four aces, and three blocks against Houghton College.

In NEAC matches, Erika leads the Wolves in kills, digs, and aces. Her 4.17 digs per set in NEAC matches ranks sixth in the league and she sits in second with six aces in conference matches.

Keuka College will host Cazenovia College in a conference match-up on Saturday, Sept. 28, as part of Green & Gold Celebration Weekend. The Wolves and the Wildcats face off at 11 a.m. at the JMW Recreation and Athletics Center.