Emily McGuigan and Nicole Wilson are named Players of the Week. 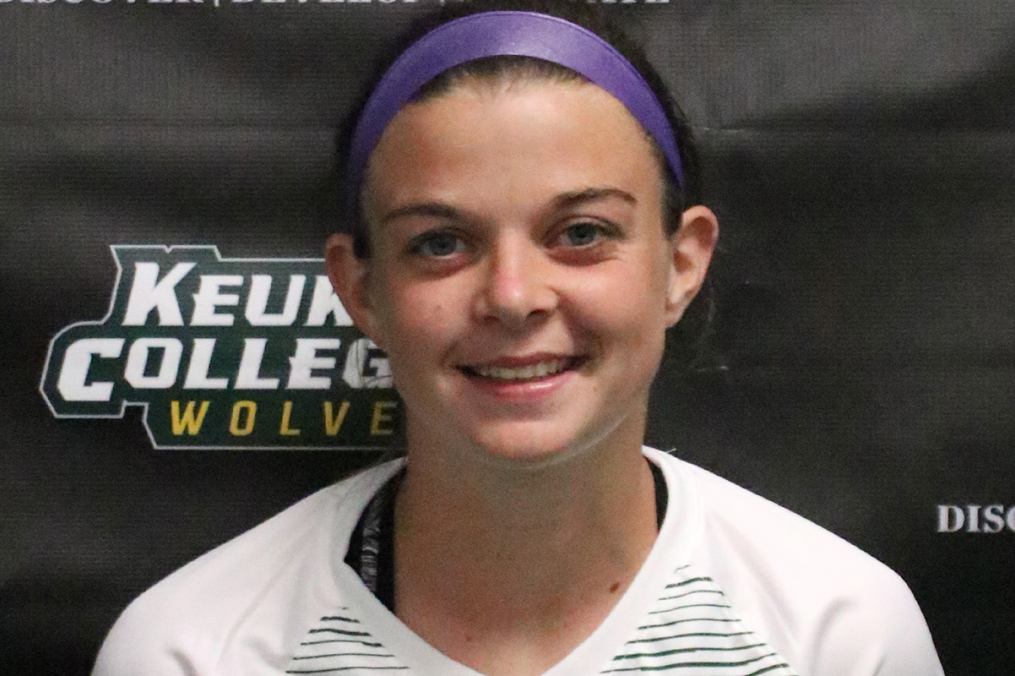 Emily McGuigan (Lusby, Md.) from the Women’s Soccer team and Nicole Wilson (Liverpool, N.Y.) from the Field Hockey team have been named North Eastern Athletic Conference Players of the Week.

Emily had a record-setting week for the Wolves as she scored four goals and added an assist over the course of Keuka College’s three wins. Her first goal of the week against Alfred University was the 57th of her career, breaking the Keuka College career record for goals. Later in the week, against Lancaster Bible College, she had an assist to tie and then scored a goal to break the career record for points with 141 as the Wolves prevailed 5-0.

Nicole had a strong weekend for the Wolves in field hockey. The junior scored a pair of goals in Keuka College’s 3-1 conference victory at Lancaster Bible College. That gave her 54 points in her career, trying Alyssa Orsino for the program record.