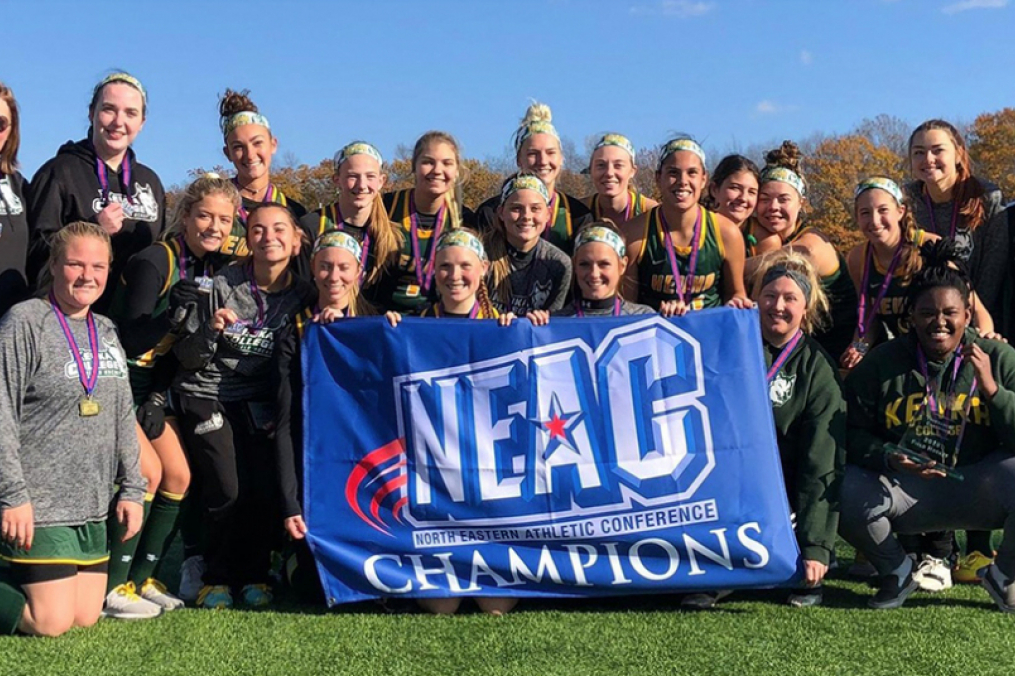 Keuka College wasted no time getting on the board, scoring 98 seconds into the game as Makaela set up Vanessa. Makaela would later tip in a goal in front of the Express keeper off of a shot by Tori Gutzmer. Alyssa capped the first quarter scoring for the Wolves with a breakaway goal as the Green and Gold led 3-0 after one.

The Wolves continued to press in the second. Taylor Lessard and Alyssa each scored as Keuka led 5-0 at the break.

In the third, Alyssa completed the hat trick. Rielly scored back-to-back goals 79 seconds apart. Makaela capped the scoring in the third with her second of the game as the Wolves were ahead 9-0 going to the final quarter.

Emily Reynolds scored the first of her career and Emily Stallone netted her first of the season for Keuka College. Vanessa capped the scoring with her second of the game as Keuka College completed its 12-0 victory.

Keuka College remains a perfect 3-for-3 in NEAC Championship games.

The Wolves improve to 6-1 all-time against the Express.

The 12 goals was the most scored in a game in program history.

Alyssa Muszak was named MVP of the game. Her eight total points tied the school record. She became the fourth different player in program history to record a hat trick.

Megan Makowski started in goal for the first time in her career, recording a shutout and earning the win for the Wolves.