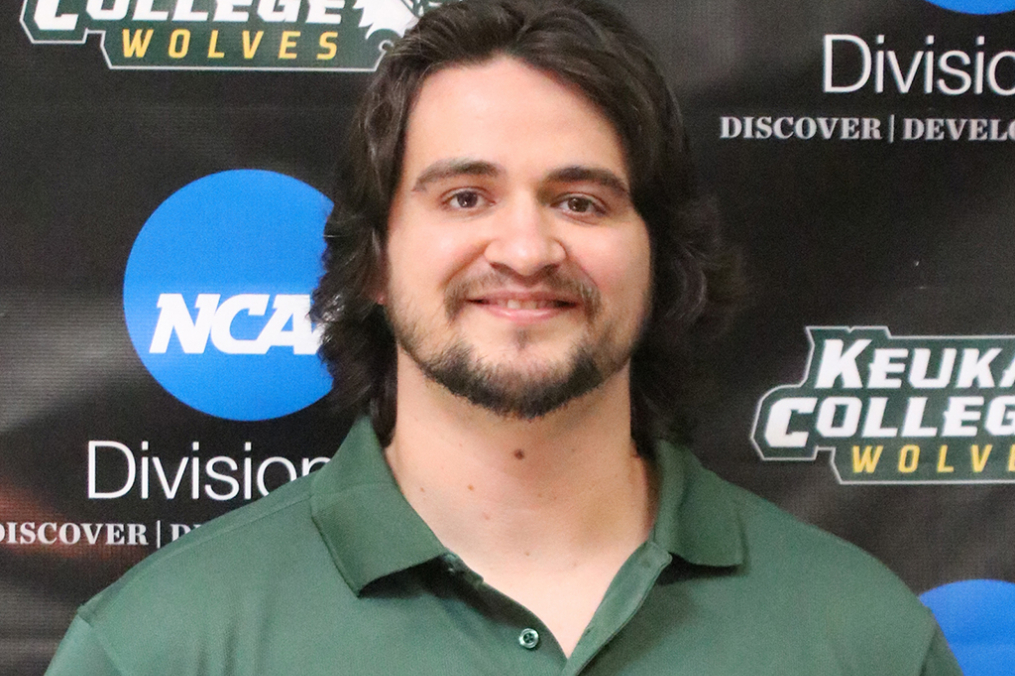 Quinn comes to Keuka College following a two-year stint as the Club Director of VolleyFX Volleyball Club in Rochester. There, he managed all aspects of VolleyFX operations, which fields 25 teams ages 12-18. He aided with the management and training of the coaching staffs and helped coordinate fundraising efforts for the club. Quinn also led an initiative to bring beach volleyball to VolleyFX for the first time in program history.

Prior to his time at VolleyFX, Quinn spent seven years in the collegiate ranks coaching. In 2016, he led Finger Lakes Community College in Canandaigua, where he posted a 19-11 record while taking the team to both the Mid-State Athletic Conference and NJCAA Region III Tournaments.

His collegiate experience began as an undergraduate at Allegheny College. Quinn was the setting setter for the Gators club volleyball team. While at Allegheny, he worked as a student assistant with the women’s program, assisting the coaching staff in-season and leading skill sessions during the off-season. After earning his bachelor’s degree in history with a minor in religious studies, Quinn remained on staff at Allegheny College as an assistant volleyball coach.

A Penfield native, Quinn helped lead his high school team to a pair of Section V championships. He was also named All-Greater Rochester by the Democrat and Chronicle following his senior season of 2007. While working at Allegheny College, Quinn continued his education, earning a Master’s in Sports Management from Drexel University in 2015.

Quinn and the 2019 Keuka College Women’s Volleyball team will begin their season on their home floor in the Keuka College Invitational. The Wolves will host Hilbert College and Union College on Friday, Aug. 30. They will then take on Rowan University and Lasell College on Saturday, Aug. 31 to complete the tournament.