Mary Beth (Oaks) Mankin ’68 and her family have shared nearly three-quarters of the College’s history. 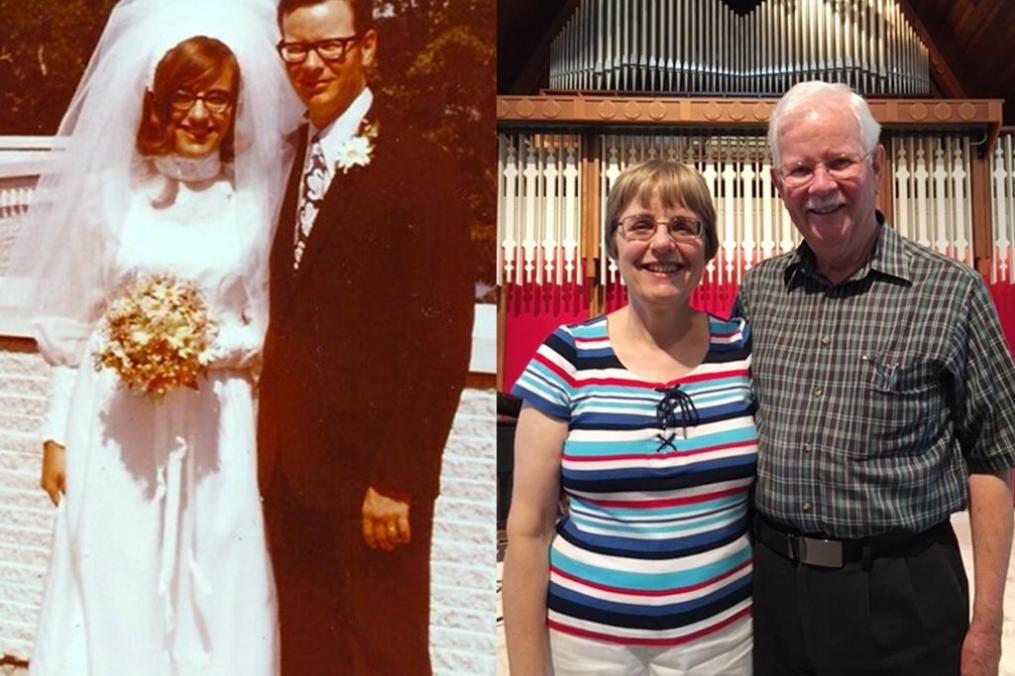 Mary Beth (Oaks) Mankin ’68 and Bill Mankin pose outside Norton Chapel on their wedding day in 1972 and inside the chapel while celebrating their 46th anniversary.

It’s not uncommon for Keuka College students to forge lifelong ties with the College once they step on campus. Mary Beth Mankin ’68 had a bit of a head start.

Her mother, Edna Buckley Oaks ’38, arrived on campus from Elmira Heights, N.Y., in 1934. Edna’s sister, Alma Janis “Al” (Buckley) Seabury ’32, even earlier – in the late 1920s. As such, the family’s ties with the College date back some 90 years, nearly three-quarters of the institution’s history.

In fact, it’s not an exaggeration to say that if it weren’t for Keuka College, Mary Beth might not even be here. Her parents, Edna and Charles Oaks, met on campus during an American Baptist Summer Assembly.

“They were doing Baptist youth work,” says Mary Beth, herself an ordained Baptist minister. “Keuka College was founded as an American Baptist school; that was part of the connection.”

The College’s commitment to public service was another.

“My parents were very civically minded; very community oriented,” recalls Mary Beth. “They would consider, ‘How do we make the community better?’”

Charles managed the family’s apple and dairy farm in North Rose, Wayne County, and, after they married, Edna taught business in local schools in Waterloo, Newark, and Clyde – districts other than where Mary Beth and her siblings attended.

“She didn’t want her children’s experience to be influenced by her presence,” Mary Beth explains.

“I had an aunt who wanted to make sure I knew there were more colleges than just Keuka,” she recalls. “So, I visited a lot of other colleges in high school.”

Still, her mother’s ongoing connection to the College, along with a helpful financial aid package and “opportunities to prove yourself,” proved irresistible enticements, says Mary Beth.

And like her mother and “Aunt AJ” Seabury, Mary Beth’s Keuka College days also overlapped with those of a sister, Marcia (Oaks) McCarthy ’70.

The sisters’ strong ties to the College don’t end there: Both were wed in Norton Chapel; Marcia to the Rev. Kenneth McCarthy in 1971, Mary Beth one year later.

Mary Beth had three other siblings: the Rev. Leon Oaks-Lee, now retired, who was pastor of several churches in central New York; longtime state Assemblyman Bob Oaks, who represented Wayne County and portions of adjoining counties until his recent retirement; and Nancy Oaks, who was killed in an airplane crash in 1970 at age 16, and for whom a room in the Dahlstrom Center is named.

Mary Beth met her husband-to-be, Bill Mankin, at the University of Massachusetts. She was a botany graduate student after having earned her biology degree at Keuka College; he was a Memphis, Tenn., native working on his Ph.D. in physics.

Shortly after their marriage, the Mankins moved to Colorado, where they have made their home for more than 40 years and raised their two children. But the College has stayed close to their hearts if not always to their home.

Connections that go back some nine decades are like that.

Edna Buckley Oaks, a lifelong supporter of the College, was awarded an honorary Doctor of Humane Letters degree in 1989. Mary Beth and Marcia, too, continue to give back to the College – and to come back.

“Attending Keuka College was a wonderful experience,” recalls Mary Beth. “Once I decided to go into biology I was one of those people that put my nose to the grindstone and spent much of my time in the biology building. But I made good friends. There are classmates I stay in touch with still.”

She also praises the professors – especially Dr. Lydia Gambrell, Dr. James White, and Professor Emeritus of Biology Dr. Edgar E. Webber – for providing the one-on-one attention the College has long been known for.

“One highlight was the personal relationships between the faculty with the students,” Mary Beth says. “You felt like you were well known and encouraged.”

“After the children left the nest, so to speak, I felt a call to ministry,” says Mary Beth. “I went to seminary.”

The Central Baptist Theological Seminary in Kansas City, to be exact, from which Mary Beth graduated in 2005. She and Bill soon moved to Wyoming, where she served as pastor of the First Baptist Church of Laramie from 2006-12.

After retiring from his position as a scientist at the National Center for Atmospheric Research; Bill also attended classes at the seminary, became involved in ministry, and served on the regional staff of the American Baptist Church of the Rocky Mountain region as a liaison between ABCRM and churches and pastors in Wyoming.

The couple are back in Colorado now, continuing a nine-decade relationship with the College from afar – something Mary Beth might not have imagined when she first attended classes in the mid-1960s.

“I was a farm girl from Wayne County,” she recalls. “Going to Keuka seemed far away from home.” 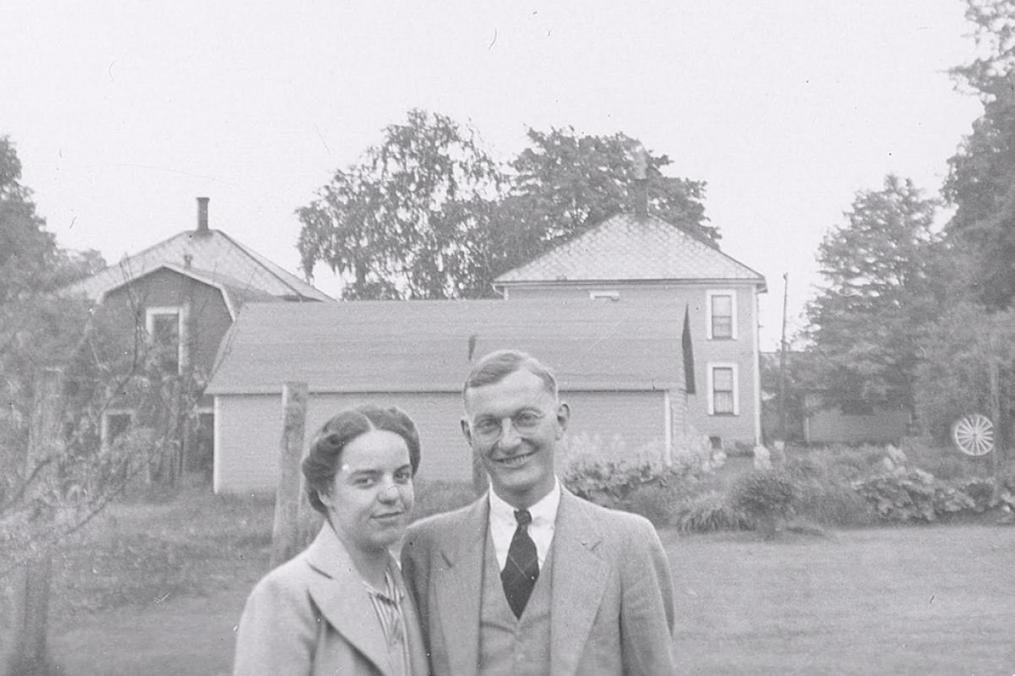 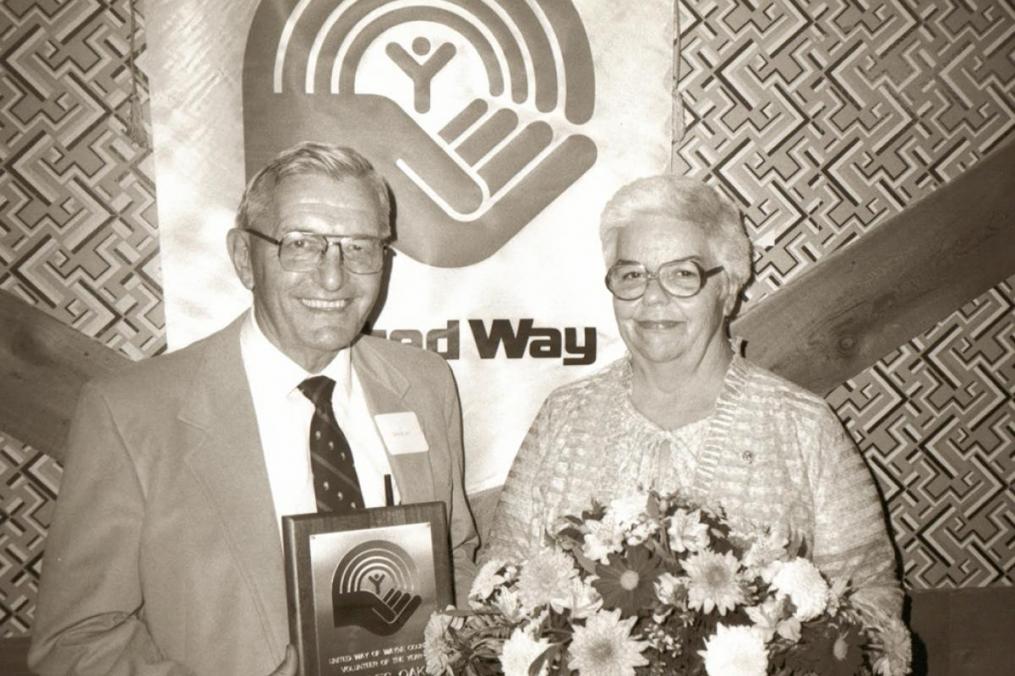 Edna Buckley Oaks ’38, shown with husband Charles, was among two sisters in her family to attend Keuka College. Two of the couple's daughters, Mary Beth Mankin ’68 and Marcia McCarthy ’70, would follow suit. 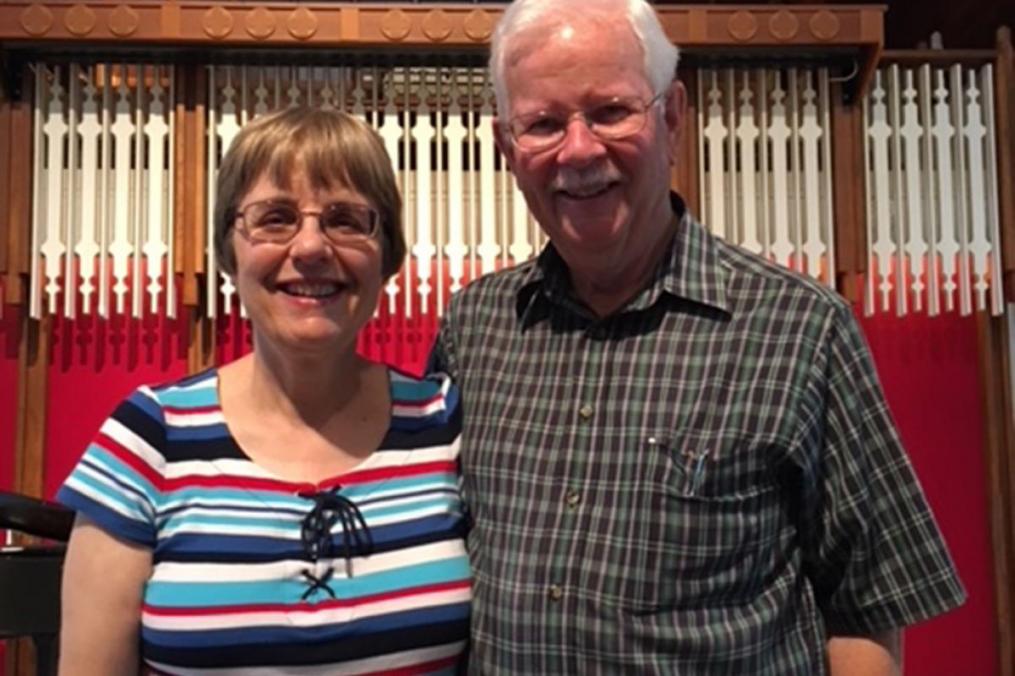 Mary Beth Mankin ’68 and her husband, Bill Mankin, returned to Norton Chapel in the summer of 2018 while celebrating their 46th anniversary. 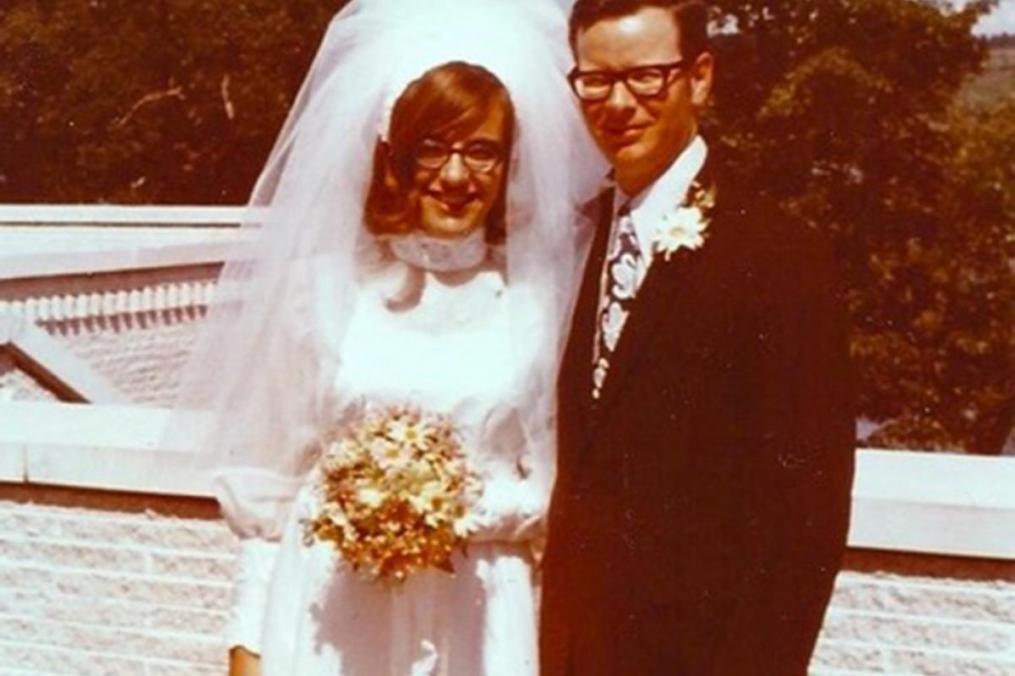 Mary Beth Mankin ’68 and her husband, Bill Mankin, pose outside Norton Chapel on their wedding day in 1972. 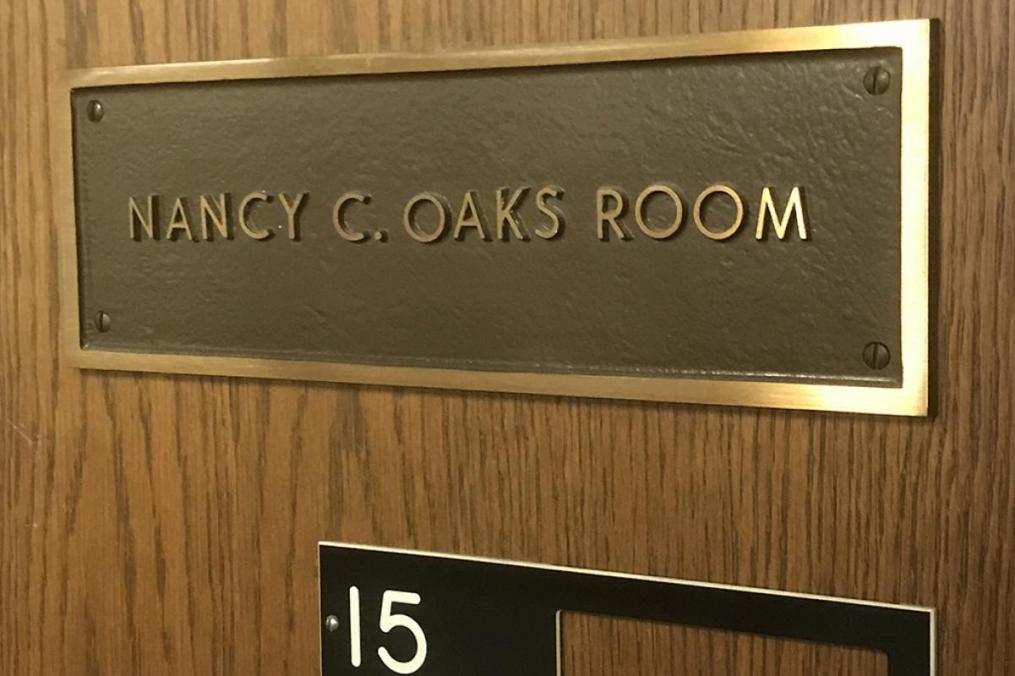 A room in the Dahlstrom Student Center is named in memory of Mary Beth's younger sister, Nancy Oaks, who perished in a 1970 plane crash. 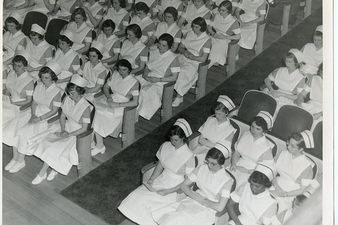 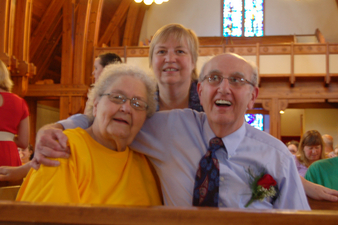 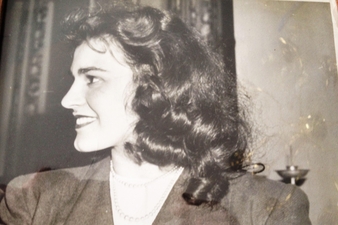 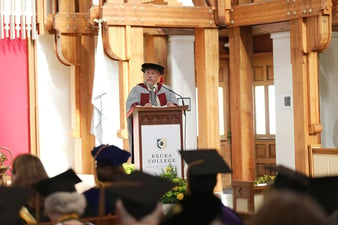 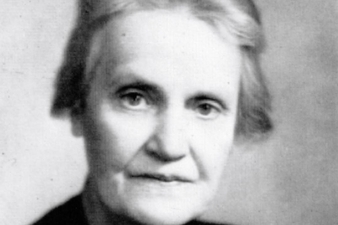