The professor emerita was key to creating one of the College's flagship academic programs. 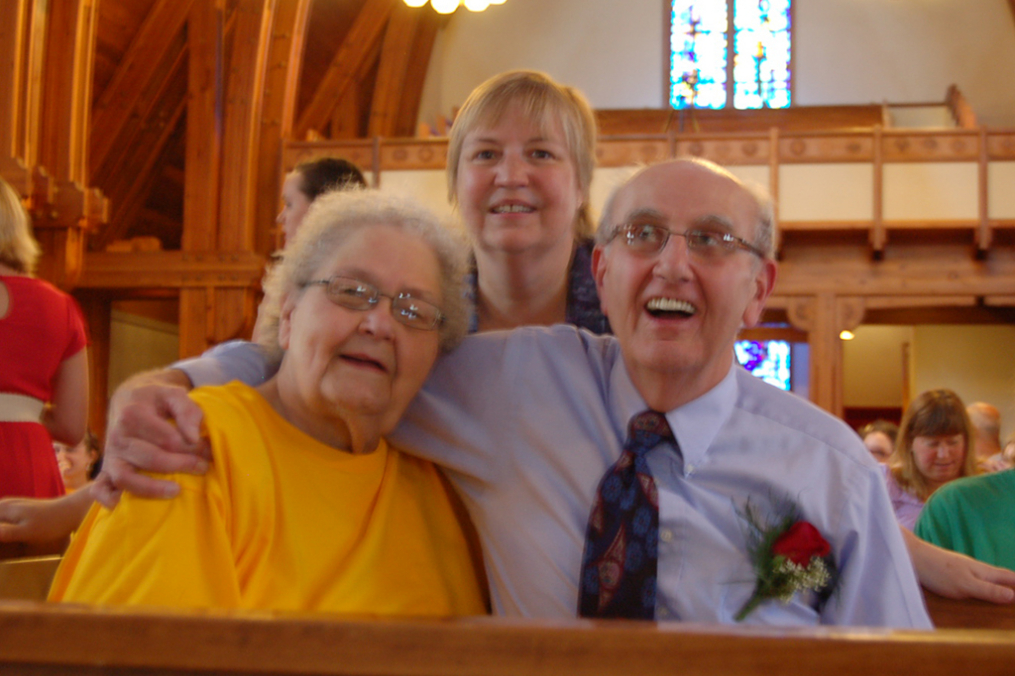 Keuka College’s 16th president, Dr. Arthur Kirk Jr., arrived on campus in January of 1984 and made two major decisions. The first was to transform the College into a co-educational institution. The second was to establish a “flagship” major, behind which he would commit substantial institutional funds.

Based on his prior experience at the College of Misericordia in Dallas, Pa., Dr. Kirk chose occupational therapy as the flagship and offered the position of Founding Chair to Shirley Zurchauer. She accepted and arrived on campus in August 1985, along with 31 incoming students, only eight of whom were freshmen. Her strong and steady guidance made possible a program that has become a Keuka College mainstay, graduating hundreds of occupational therapy students over the past 30 years.

Professor Emerita Zurchauer passed away on Sept. 26 at The Homestead of Soldiers & Sailors Memorial Hospital in Penn Yan. She was 81.

In short, if it weren’t for Shirley Zurchauer and the foundation she helped build, Keuka College’s OT program might not have become the academic powerhouse it is today.

“Recruiting Shirley to Keuka College was a windfall moment for the institution,” says Assistant Professor of Occupational Therapy Chris Alterio, Division Chair and Program Director. Professor Alterio, a friend and former colleague of Professor Emerita Zurchauer, provided the following account of her career, both prior to and at Keuka College:

“Shirley was born in Chicago in 1937 and attended Milwaukee-Downer College, where she received her degree in occupational therapy in 1958. Early in her career, she worked as a staff occupational therapist at the Milwaukee County Asylum, and as a consultant and director to the Wisconsin State Department of Mental Health and its COTA training program. She was an activity training coordinator at Elgin State Hospital in Illinois and received her MSW in social work from George Williams College in Wisconsin. She took a position as assistant administrator at St. Vincent’s Hospital and then went to the Rehabilitation Institute of Chicago as director. She moved to a more direct academic role in 1975 as Assistant Professor in OT at Sargent College in Boston up until her arrival at Keuka College.

“Shirley was active in the occupational therapy profession in New York state and nationally; she was selected for the American Occupational Therapy Association’s Roster of Fellows in 1982.

“Her presence on the Keuka College campus was felt quickly. She used support from the Daisy Marquis Jones Foundation to design the occupational therapy curriculum and developed a recruitment plan to support the new division. Because of the College’s financial position at that time, success was far from guaranteed. But Shirley’s exceptional leadership and resourcefulness were instrumental in the success of the OT division, and the success of OT served the College as a whole.

“Shirley continued in her role as Division Chair until June 1991, when Peter Talty assumed those duties. Together, Shirley and Peter were a dynamic team and continued to nurture and grow an increasingly strong occupational therapy program.

“Shirley was also excited to focus her energies on redesigning important courses in the curriculum to enhance student learning and scholarship. In particular, she loved her courses on Fundamentals of Occupational Therapy, the Activities course sequence, and Scientific Inquiry.”

“During the early years of the occupational therapy program there were many part-time and adjunct faculty,” Professor Alterio continued. “Shirley’s steady presence was critical for the College’s developing OT program and she served as a mentor to many clinicians who were transitioning to academic roles during those early days. She participated in and supported all aspects of the occupational therapy program, from individual advising to teaching to fieldwork coordination to helping with curriculum design when the program transitioned to the master’s level.”

Professor Zurchauer retired from the College in 2002, at which time she was promoted to Professor Emerita. This honor is reserved for faculty who have taught for a minimum of 15 years and established a record of distinguished service to the College.

In retirement, she continued to live in Penn Yan, remaining engaged in community events and pursuing her lifelong love of reading. She also occasionally returned to the Keuka College campus, including in May 2012 for the retirement of her successor, Professor Talty.