A member of the Class of 1990, Luanne is proud of the education she received at the College – during Women’s History Month and every month. 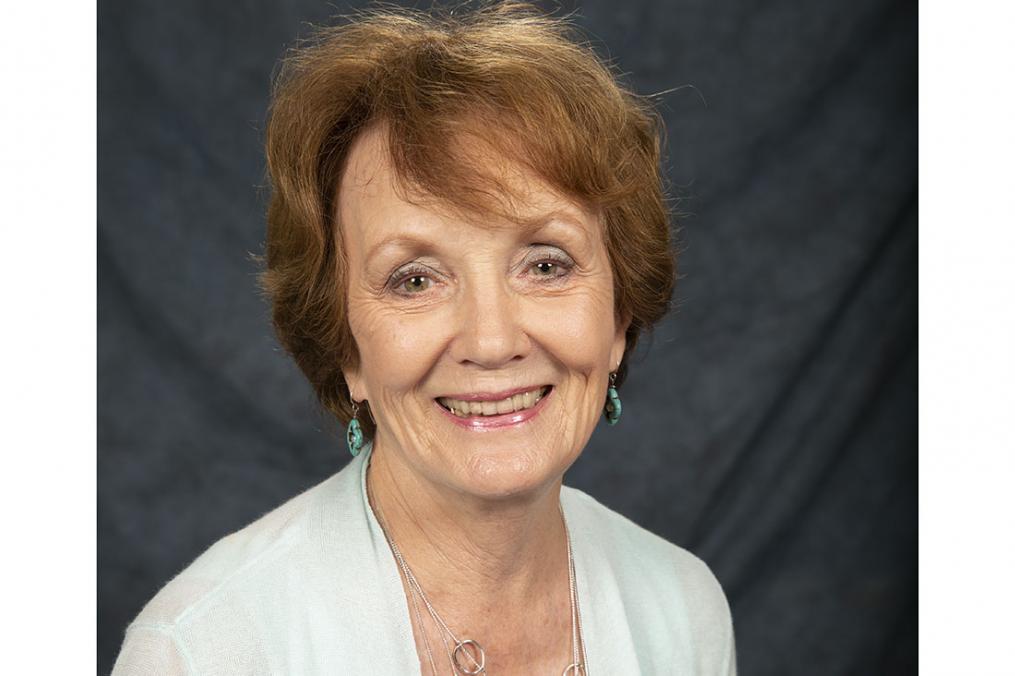 Described as the consummate Keuka College alumnae, Luanne Broomhall Graulich ’90 has been involved in virtually every aspect of the College. As a testament to her service, Luanne received the 2015 Eleanor Judd Wilkes Service to Keuka College award.

“It gives me a good feeling because I am passionate about the College and its success,” she says of her commitment to the College. “And I have full confidence that the College will continue to be successful.”

Her allegiance to Keuka College began as a student, when she was a member of Sigma Lambda Sigma, the College’s honor society. After Commencement, Luanne, an occupational therapy (OT) major, increased her service to the College.

She has hosted several regional alumni events, and wasactive in the Alumni Association Executive Council, where she served for a time as secretary. A member of the Keuka College Leadership Circle, Luanne served on the Keuka Commons Task Force and the Keuka Fund National Committee.

She can frequently be found at College events such as the annual Carl and Fanny Fribolin Lecture, the Stork Award Luncheon, the Community Luncheon Series, Commencement, and Green & Gold Weekend. She also attended the College’s 125thAnniversary Kickoff Gala. A loyal and consistent donor to the Keuka Fund, she has a residence hall room in Ball Hallnamed for her.

In addition, Luanne has served as a member on the College’s Board of Trustees in various capacities since 2001. During this time, she was a member of the Student Affairs, Buildings and Grounds, Academic Affairs, and the Enrollment Management committees.

“The women who serve on the Board of Trustees are each inspiring and I admire them,” says Luanne, who notes many Board members are alumnae. “They have all had successful careers, have forged their own path, and they bring so much to the Board. Kay Meisch ’58, in particular, is a tremendous gift.”

A year-round resident of Keuka Lake, Luanne is a “local trustee.”

“It is an honor and privilege to serve on the board, because if you care about something a great deal and care about its future, and if you have the opportunity to be part of that future, you should,” Luanne says about her service on the Board.

She credits the College’s faculty for its willingness to adapt to change over the years.

“There have been tremendous changes in the field of OT since I graduated, and the profession has become more advanced and sophisticated,” says Luanne, who still maintains strong ties with Professor Emeritus Dr. Peter Talty and Professor of Occupational Therapy Dr. Vicki Smith. “I started in 1987, sort of right at the beginning of OT at the College. We had to really explain what OT was, but I got such an excellent foundation for the profession. OT is still a tremendously strong calling card for the College.”

While Luanne has seen a lot of changes in the OT profession, she believes Keuka College has always been at the forefront of preparing its students for the changes.

“I am very proud to be associated with the College, and the education I received here,” says Luanne. “I believe in the College and admire its core values, its mission, and its whole reason for being.”