Patricia Clarke Tompkins ’59 used hard work – and a Keuka College education – to overcome the roadblocks of segregation and soar in the field of nursing. 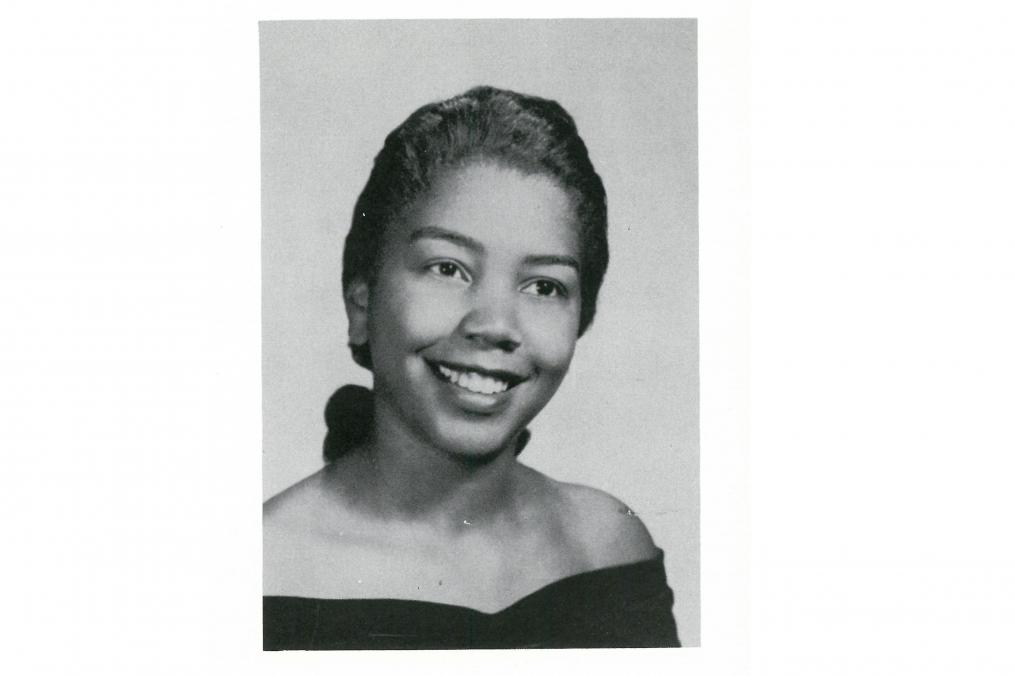 Patricia Clarke Tompkins '59 as a senior at Keuka College.

Patricia Clarke Tompkins ’59 never let the color of her skin prevent her from pursuing her passion – to always push herself and be the best she could be in her chosen field of nursing.

And she credits Keuka College for providing the foundation and education that propelled her into her medical career at a time when doors to success weren’t always opened widely – if at all – to professionals of color.

In fact, it was a racial roadblock while attending Dunbar High School in Washington, D.C., that detoured her to the College.

Patricia’s service in the American Junior Red Cross fueled her passion to become a nurse after high school. She and three of her girlfriends wanted to attend a nearby diploma-granting school of nursing. But first, they had to pass a pre-entry test.

“This was right at the tail end of segregation, something I didn’t really know too much about,” says Patricia, who graduated high school in 1955. “We never really thought about it, or that we could very likely be denied entry to the test simply based on our skin color. And while I passed the pre-test for the diploma nursing school, I could not take the actual test.”

Disappointed, she recalled her experience at a Junior Red Cross meeting, at which she was told about Keuka College.

“A group from the D.C. area went to Keuka College each summer to plan for the next year’s events, and encouraged me to apply,” says Patricia. “The next thing I knew, someone from the College came down to talk to me and my mother. She thought it would be a good place for me to go.”

After being born and raised in Washington, D.C., finding herself in Penn Yan, N.Y., was a bit of a change.

“I had been to New York City, and never too far from D.C., so when I arrived in Penn Yan, I had to call my mother to tell her about it,” says Patricia. “I had arrived early in the summer with other new students, and I was the only African-American here. Because I was so different from what people knew, I knew that I had to work harder, and that there was no way I could fail.”

In fact, “fail” is not in Patricia’s vocabulary. She says Dunbar High School gave her a solid foundation in preparing her for college-level work.

“I was able to understand and keep up with the material in classes like anatomy and physiology (A&P) and chemistry,” says Patricia. “We were kept busy, and our professors kept telling us we would need to continue to work hard.”

Patricia says she and her classmates also practiced in a nursing lab, where they learned how to make beds, use bed pans, and use the “big dolls” to practice giving baths.

“The only thing I found difficult was taking blood pressures—which would have kept me from passing,” says Patricia. “I called my mother and said I couldn’t do it, and she said ‘suck it up. Find a friend and ask them to help you, and then you help them.’”

And help she did. She found her classmates were more than willing to practice with her, and in turn, Patricia helped them understand A&P and chemistry.

“When we went to the hospitals, people were amazed to see an African-American, but everyone was nice to me, and no one refused to let me take care of them,” says Patricia. “It was hard for me to go into the hospitals because most people had never seen anyone like me, so they didn’t know what to make of me. But because Keuka College was so well known, and was so important to the area, once people knew I was a student, that helped me get over a lot of barriers.”

After graduation, many people at Keuka College encouraged Patricia to stay in the area, telling her she could get a job “almost anywhere.” But she wanted to return home to Washington D.C.

“Most patients did not like the psych teacher or the students taking care of them,” she says. “But because of my training at Keuka College, I was able to identify which patients would react the best to having student nurses involved in their care. When I handed the charge nurse the list, she said all of the names were perfect. ‘Of course they are,’ I thought.”

After spending some time working with psychiatric patients, Patricia moved to pediatrics, which she preferred. Patricia says she always believed in bettering herself, getting more education, and obtaining higher positions in better jobs.

“I never let the color of my skin stop me from doing my best,” she says. “After earning my degree, I went on to teach pediatric nursing at colleges around the city, like Capitol City College, Federal City College, Catholic University, and Washington Technical Institute.”

During her career and beyond, Patricia was a leader in the nursing profession, and was especially active in the National Black Nurses Association. She served as an advisor to both Johns Hopkins’ and Catholic University’s departments of Maternal and Child Health, was an adjunct instructor at Howard University, and served on the Board of Directors of the Consumer Health Foundation.

And she credits Keuka College for giving her the foundation needed to succeed.

“I met a lot of good people at Keuka College who were nice to me and taught me many things,” says Patricia. “Keuka College has been a big part of my life and experiences.”