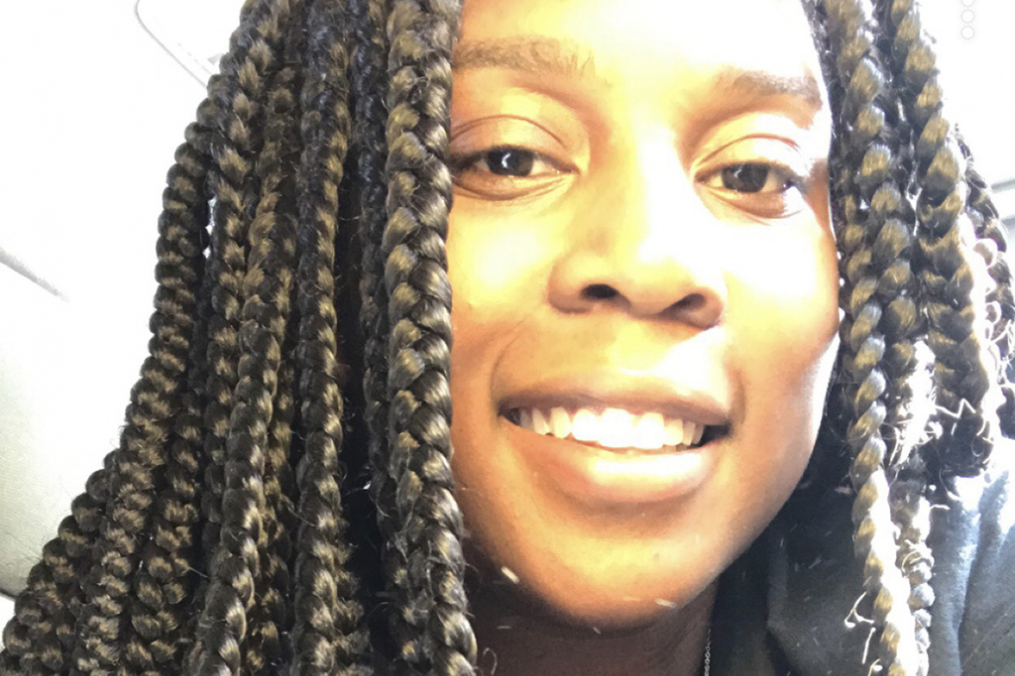 "A woman at Keuka College who inspired me is Jamyra Young. She has two degrees—her bachelor’s and master’s degrees. She runs the Intercultural Affairs Office, is the advisor for the Multicultural Student Association, and is in charge of an upcoming club for dance. She does so many amazing things at Keuka College, and she is someone I can go to when I need help. She helps out a lot with planning events on campus that her office and MSA do. She is the chaperone for all of the MSA events. She is an inspiring woman and has made a difference in my experience being here at Keuka College."

Attending Keuka College was a family tradition for Eleanor Judd Wilkes. A member of the Class of 1935, Eleanor followed her mother, Dora, father, William, and an uncle, who all attended Keuka Institute. In fact, William and Dora Judd married after graduating from the Institute. Most of their classmates were in their wedding party.

Not only did Eleanor follow in her family’s academic footsteps, but she was also an employee after graduation, as were her father, mother, and sister. William served as business manager of the College and Dora was the bookkeeper for the College kitchen, back when the College had its own farm to provide food for the students. Eleanor’s sister, Norma Carlson, was the president’s secretary for many years.

In addition, Eleanor’s husband, Ralph Wilkes, taught economics and education at the College. He also served as business manager/treasurer from 1954-74. Upon his retirement, Ralph was named a faculty emeritus.

In her own right, Eleanor served the College for 30 years in various roles, including as bookstore manager and director of alumni, as well as College trustee. Eleanor was the president of the Alumni Association and alumni secretary.

In honor of Eleanor’s service and dedication to her alma mater, Keuka College bestowed upon her an honorary Doctor of Humane Letters in 1983, a year after she died.

It’s not ancient history, but the Kuanyin Meditation Garden, on the east side of the Dahlstrom Student Center, is a historical marker on campus. The garden is a place where people of all faiths can gather, meditate, and reflect. It celebrates Eastern-Western cultural exchange and diversity. But who is the woman behind it?

Entrepreneur Dr. Joanna Pi-Hua Chen made a gift of the garden in honor of Keuka College’s 125th anniversary and its long-standing partnerships with Chinese universities. Dr. Chen is the chairperson of Chlitina Group of China, which operates thousands of beauty salons throughout China and southeast Asia. And her views regarding achievement likewise bridge Eastern-Western philosophies.

“There’s no end for success; it grows as a person’s desire grows,” she said in a 2017 interview in The CEO Magazine. “To be successful is to make progress every day in achieving objectives.” She does just that, while paving the way for the next generation of women business leaders. “Inspiring numerous women to be entrepreneurs, which gives them a new lease on life both spiritually and physically, makes me so proud,” she told the magazine.