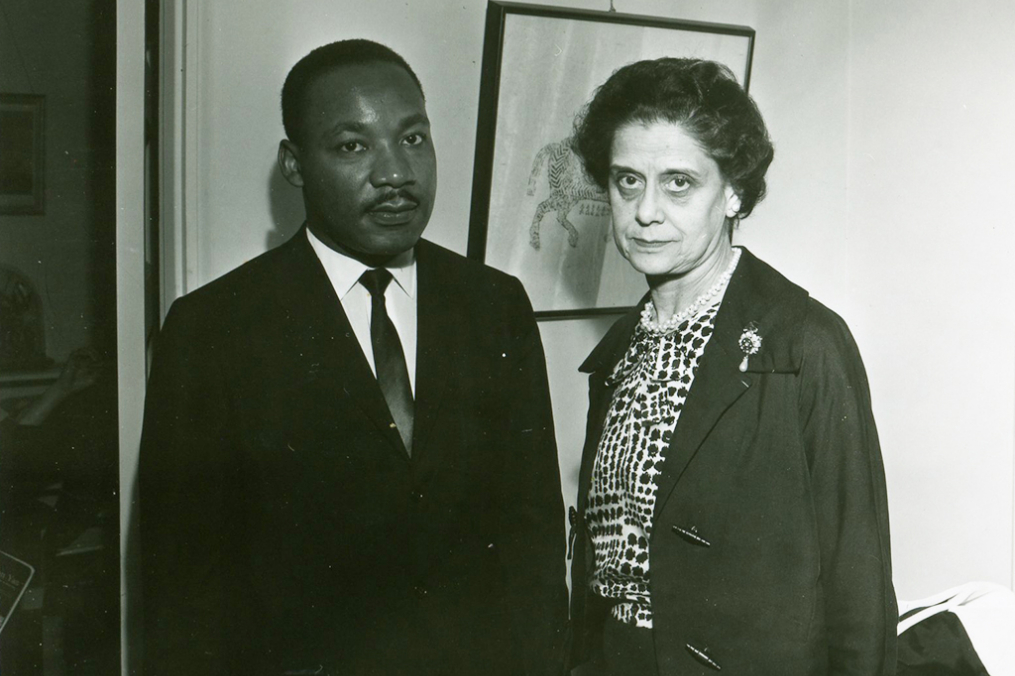 Had she been sharing the stage with anyone other than Dr. Martin Luther King Jr., Lisa Sergio would have been the headline grabber when Keuka College delivered its honorary degrees on June 16, 1963.

Sergio was, at that time, a renowned broadcaster, lecturer, and author who rose to fame in pre-World War II Italy before her anti-fascist views led to her departure – and very nearly her imprisonment.

She “translated the dictator’s blustering speeches into English and French almost simultaneously on the air until her modifications of propaganda commentaries prompted her dismissal from Rome radio,” the New York Times reported in a June 29, 1989, obituary. “Faced with arrest and internment in 1937, she was smuggled aboard a trans-Atlantic liner by a family friend, Guglielmo Marconi, the radio developer.”

She settled in New York City, where she became an influential political broadcaster, as well as an advocate for democracy, free speech, and feminism. All of which made her a more than appropriate choice for the honorary doctor of letters degree she was awarded by then all-women Keuka College back in 1963.

She posed for a photo alongside fellow recipient Dr. King, less well-known but no less deserving.

Julia Lobotsky graduated from Keuka College in 1943 as the salutatorian of her class, magna

She herself was inspired by what she calls “the giants” of Keuka College, including its first woman president, Dr. Katherine Gillette Blyley, and the “remarkable women” she worked with as a trustee, such as Kay Meisch ’58, Esther Yoder ’60, and Marcia Dugan.

A woman at Keuka College I admire is Dr. Janine Bower. She’s intimidatingly smart and very kind. She pushes students to their full potential and helps them to realize they’re capable of things they never imagined. She’s not afraid to take command of a room and holds students accountable. During my tenure at Keuka College, she pushed me out of my comfort zone and helped me become the woman I am today. For that I am thankful. She’s the definition of a role model.