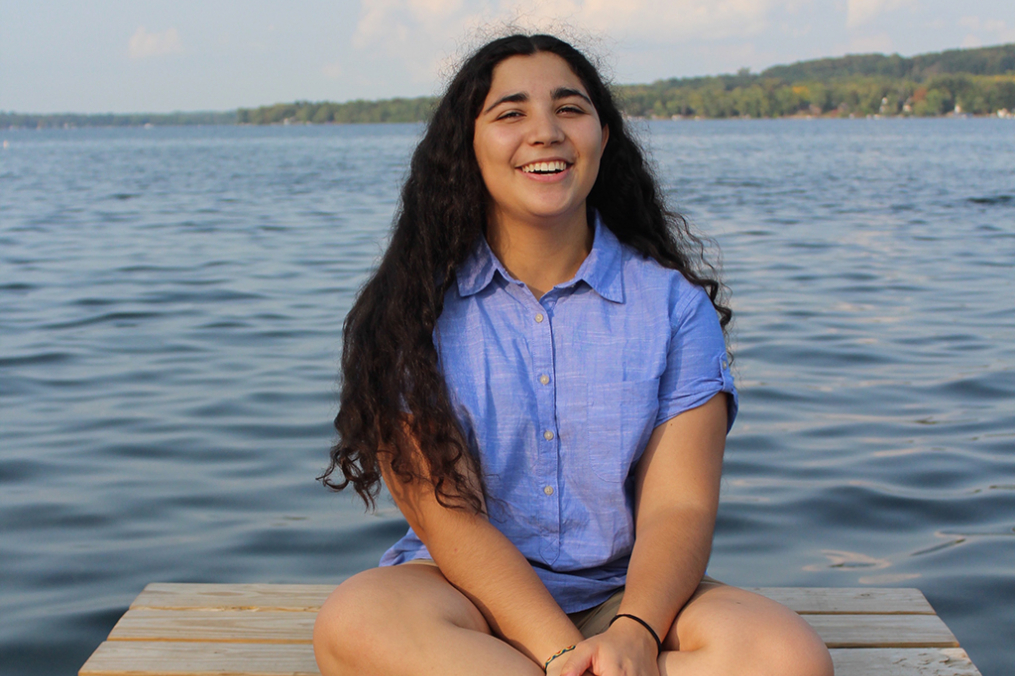 A woman at Keuka College that has inspired me is Assistant Professor of Sociology Dr. Jessica MacNamara. She inspires me because she is always willing to help anyone in any way she can. Also, she’s very kind, understanding, funny, and relatable. It’s very easy for me to talk to her about anything because she makes you feel valued and accepted. She has done so much to help me and I couldn’t thank her enough. I am very grateful to be one of her students and to be able to get to know her. I aspire to be half as cool as Dr. MacNamara when I grow up.

After 20 years in Batavia, N.Y, where she long served as the assistant city manager, Gretchen DiFante M ’08 returned to her native soil south of the Mason-Dixon line to reconnect with friends and family, and break a few glass ceilings. Gretchen, an AOE student who earned her M.S. in Management, moved with her family to Pelham, Ala., in 2017 to become the municipality’s first city manager – and the only female city manager in the state of Alabama. “My experience at Keuka College helped me become a much better researcher and helped in my ability to perform critical analysis of research,” she says.

Who was the first woman to deliver Keuka College’s annual Fribolin Lecture? Hint: She is an award-winning columnist, author, and political analyst. Another hint: She is as active and well-known today as she was when she visited campus almost 30 years ago. Answer: Veteran journalist Cokie Roberts delivered the Third Annual Fribolin Lecture on April 12, 1991. Her address, “The Nation Under Bush: U.S. Political Life in the 1990s,” came just six weeks after the end of the first Gulf War. She has been followed to the Fribolin lectern by, among others, longtime Washington reporter the late Helen Thomas, astronaut Mae C. Jemison, and, later this spring, author and educator Dr. Beverly Daniel Tatum.