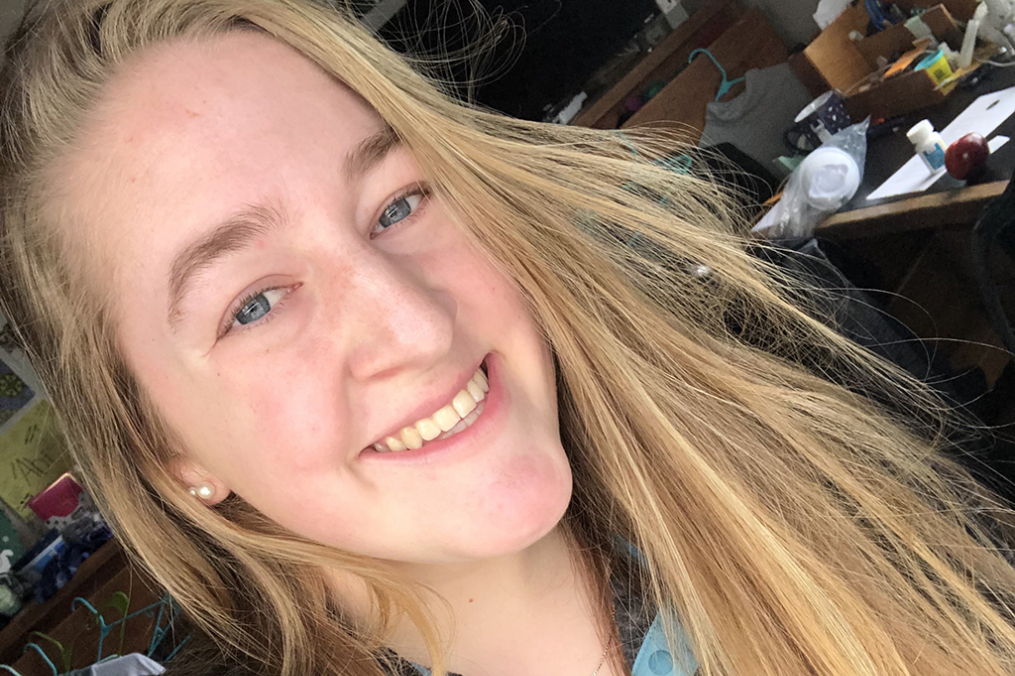 Women's history at Keuka College is the backbone of this school, it started as an all-women's school, and I think that is what has given us our roots. We have different majors, but they all come back to a woman’s main instinct of taking care of others, such as OT, nursing, and education. This is what women's history means to me at Keuka College.

(Tell us about a woman on campus who inspires you. Email: [email protected])

Katherine (Katie) Panarites Brown ’48 and her sister, Mary Panarites Gaspar ’42, had a lifelong affinity for Keuka College—one that began before the sisters even enrolled.

Each week after church, their father, James, would take his family on drives around the Finger Lakes. And it was on these drives that Mary fell in love with not only the lakes, but the colleges they passed—including Keuka College. In fact, Mary was the reason Katie and her lifelong best friend, June “Jerry” Murray Kiefer ’48, attended Keuka College. And Mary’s influence extended to Catherine Francis Savas ’47 and Cathy’s daughter, Georgia Savas Dancks ’71.

Mary served as a trustee and was the first alumna to be elected as a trustee for two consecutive terms. While at Keuka College, she was a member of the Glee Club, Tau Kappa Alpha, and Sigma Lambda Sigma, and served as class treasurer during her junior year and as president of the Keuka College Alumnae Association from 1957-59.

Both Mary and Katie supported the College with more than just their words – both were consistent donors to the Keuka Fund, the Centennial Campaign, the Bridge to Tomorrow campaign, the Campaign to Save Ball Hall, and numerous memorial and scholarship funds including the Panarites Sisters Scholarship Fund. They were also regular attendees at Alumni House Party events, as well as attending and hosting regional alumni gatherings.

To read more about the Panarites’ sisters and their love affair with Keuka College, click here.

“I was deeply interested yesterday, in Keuka College.” Thus began the Feb. 18, 1938, syndicated newspaper column by then-first lady Eleanor Roosevelt. Two days previously, she had visited the campus. “It is a small college which takes approximately 200 girls,” the first lady continued. “For that very reason, the girl who might not be able to obtain anything of value from a big college, may receive a real education here and develop in a way which might be out of the question if she did not have individual attention.” Interested in what else Mrs. Roosevelt had to say about her visit? The entire column is available online.