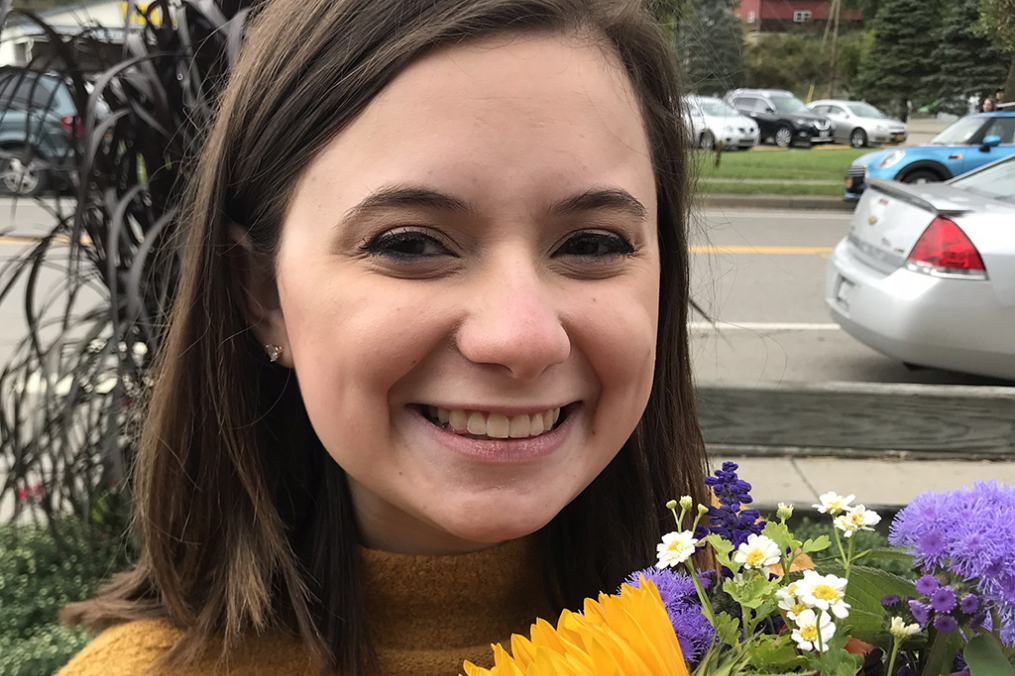 A woman at Keuka College that has inspired me is Professor of Psychology Dr. Carolyn Balzer. She’s inspirational to me because she works really hard to support all her students, no matter what class. She’s an awesome professor as well as human being. She is intelligent, kind, supportive of everyone, and makes every class enjoyable. Any time I’m worried about an assignment or am struggling with something (even if it’s not for her class) she makes sure to remind me that I know more than I think, and that confidence in oneself is important. I’m so thankful that I’ve had the opportunity to be a student and advisee of hers, and I would be lucky, in the future, to be as awesome a woman as she is!

In a critical scene in the recent biographical drama “On the Basis of Sex,” about Supreme Court Justice Ruth Bader Ginsburg, the title character brings her daughter to meet a hero: Dorothy Kenyon, a noted lawyer, judge, civil rights activist, and the first woman ever to receive an honorary degree from Keuka College.

Kenyon was honored with an LL.D. in 1939, one of a trio – along with publisher Frank Gannett and Baptist church leader Edwin Dahlberg – to receive honorary degrees in only the second year the College awarded them.

She was certainly deserving. Her career included not only vocal support of progressive causes including women’s rights and the labor movement, but service on both League of Nations and United Nations commissions, legal work for both the NAACP and the ACLU, and successfully arguing a case that won women the right to serve on juries. It was this case that Judge Ginsburg would cite in 1971 in winning a Supreme Case decision that extended equal protections under the 14th Amendment to women.

“Reading the piece about Eleanor Roosevelt reminded me of the many important people who visited Keuka College while I was there. Early in freshman year, I went to a meeting to join the drama club. Mr. Hammock asked if there was anyone not afraid of heights. Having grown up climbing trees so I could read without my mom finding me, I raised my hand. I was the only volunteer to do lighting.

“So, for four years I got to meet all the people and musical groups that needed lights on the stage. The most memorable was Dickey Chappelle. She was a world-renowned photojournalist and came to talk about the many months she spent with Castro as he and his rebels took over Cuba. Her stories were wonderful. I marveled at her courage. It was a special treat when she returned in 1963 to talk about parachuting into Vietnam with our armed forces and to give us an update on Castro. I couldn’t believe that a woman had that much courage and had done so much all on her own.

“It took many years before I developed the courage to meet the challenges that life put before me. It’s only when I look back on all the experiences I had at Keuka, I realize I got my parents’ money’s worth from my education. Keuka gave me more than the information I could find in books. The people I encountered on campus refined my values, gave me the courage to try new things, and prepared me to face the challenge of caring for a spouse through an unbelievable adventure with Alzheimer’s.

“I didn’t graduate with all the answers, as I expected, but over time what I learned helped me to cope with life. Can’t ask for more from a school. I’m blessed. Thanks for continuing to poke at my memories.”